Engagement is everything on Facebook, however if there’s no one to pay attention when you post you won’t be able to create such engagement. Of course, you can use strategies to increase your time and exposure via EdgeRank. However, isn’t being seen just easier to achieve by simply posting at optimum times?

Buddy Media performed research on over 1800 of the biggest brands in social media and according to their ‘Strategies for Effective Wall Posts’; timing is almost everything when it comes to being seen. The report looking into a number of detailed variables and came up with a number of conclusions most of us can take something, if not a lot from. 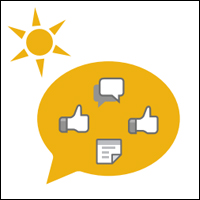 Saturday and Sunday are Great Though

According to the report the interaction levels for weekends are 14.5 per cent above the average and so these are the best times to share. Whether it is because people are relaxed, in better humour or some other factor, it seems the weekend is the best to time Facebook posts. Shame most companies are off at the weekends – though something to consider for the auto-poster. Currently, only 14 per cent of posting takes place at the weekend according to the report.

It’s not an Exact Science

Some days are better than others and not all industries follow the general findings absolutely. For example it was found that those in the ‘general retail’ niche do best at the beginning of the week. However, ‘clothing and fashion’ is at its peak on Thursday – perhaps down to the fact people enjoy weekend shopping? Be aware of when your company peaks and troughs – remember no general survey can tell you how your specific company is performing. If it’s working, keep doing whatever it is.

Many brands are of the opinion that the evening is a better time to post than the daytime because people are at work. However, it seems the opposite is true. People tend to interact more between 8am and 7pm – perhaps easing boredom at work. The study also suggested that 1-2 posts a day is ideal for large brands. This number of posts had a 19 per cent higher interaction rate than 3 posts or more and is an effective social media strategy. There is also a suggestion in the report that any more than three posts will mean the algorithms penalise your posts.

Posts in the form of questions however managed a whopping 92 per cent higher chance of being commented on than those that weren’t in the form of questions. Posts with a call to action for comments or Likes were over three times more likely to receive comments or Likes than those without a call to action. The old mantra of ‘if you don’t ask you don’t get’ springs to mind.

Finally, the study also suggested that emoticons also are a great way to increase interaction and that posts with the little yellow faces have a 51 per cent higher interaction rate than those without.

It seems that we react differently to a range of factors and businesses can learn a lot from these statistics. Do you and your brand find any specific approach works better than others?

Need a Social Media Agency for your Facebook campaign? Hire us for social media marketing.