Leeds. It’s our hometown, a place where you’ll find Northern accents merrily bouncing to and fro over a good cuppa, and a wholesome part of “God’s Own Country” Yorkshire. It’s also the UK’s largest financial and business service sector outside London, has a population of 3 million, and economic output is £56 billion.

We’re brimming over with the availability of business grants – through the Leeds City Region Business Growth Programme, a pot of £18 million has just been made available to support business investment and expansion over the course of the next three years. This tops up a previous £20 million allocation – and it doesn’t end there. Leeds has announced a bid to host the grand title of Europe’s Capital of Culture for 2023 to further bolster our reputation across the continent. And of course, as a Northern data hub having been identified as a leading city in digital talent by skills charity Go.On UK, we’re saturated in digital agencies. This draws some of the world’s biggest brands to our doorstep for digital services, which has arguably contributed to our stomping ground having the fastest year-on-year private sector jobs growth of any city in England. 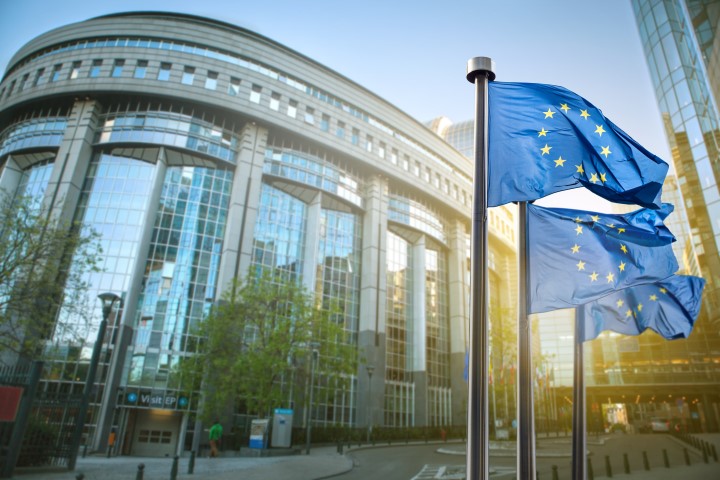 So, perhaps the old story of us Yorkshire folk being tight with our wallets needs to be wrung out for good – we’re booming with economic prosperity, as evidence would seemingly have it that we’re centre of the businessman’s map. But since the European Commission’s Digital Single Market agenda has entered political lexicon, it has become glaringly apparent that we fall far too short of being able to bridge the city’s digital skills gap beneath this veneer of absolute affluence.

Successful implementation of the Digital Single Market – which with one of its pillars of success aiming to make data flow across EU member states more interoperable and accessible – would therefore be key to facilitating the continuation of not only the EU’s digital growth, but our own within this. The agenda also aims to streamline what is at present a fragmentary approach to “technologising” inhabitants, so that we may be better equipped for the current and future demands of the IT industry against projections for 750,000 more workers with digital skills needed in our region by 2017.

National and local press have become no strangers to reporting about this digital skills gap, as the number of vacancies for digital jobs in Yorkshire has expanded by 50% over the last year. The topic even became the red thread running through Leeds Business Week, as the majority of seminars were injected with talk of technical and digital skills for small business marketing as a hook to increase their audience figures. And with notebooks never scrawled upon so hard, Google representatives giving crash courses in online marketing at the event were apparently paragon of all knowledge – because what’s clear is that abilities in areas like this are regarded as a prized asset, with more than 12 million UK citizens and 1 million small business now falling into the pit of digital inadequacy.

So, in the event of Business Week, and to illuminate the digital skills gap’s impact on both his own company and how this slots into the bigger picture, our MD Mark Mitchell headed out to Brussels to engage with European policy makers at a high level roundtable discussion led by Apps Alliance, and Amjad Bashir, Chairman of the ECR Working Group for SMEs and Conservative MEP for Yorkshire and the Humber.

One of the main aims of the discussion – titled ‘eSkills for Small Businesses’ – was to promote some of the advances in the industry across Yorkshire and the Humber given that IT, as its own category, has become such a strategic employment area for the region. This is key to SMEs, who currently comprise 99% of the business population in the Leeds City Region, making Mark’s participation in the discussion at Brussels Parliament all the more relevant. Addressing the room of 40 attendees comprised of other small tech business owners, MEPs and policy researchers, Mark said: ‘The main challenge I face when it comes to expanding My Social Agency is hiring the right people to push the company forward and provide the services requested from our client base. I find people with a high level of advanced eSkills experience very hard to come by in Leeds.’

As the agency works with a range of household names to deliver tailor-made digital campaign strategies, recruitment expectations are high, and as such, the agency can find itself advertising a technically-skilled position for up to 90 days before receiving a response. This can be limiting in terms of growth prospects, even with a profit margin above the industry average of 20%, year-on-year revenue at an all-time high, and an exciting re-brand in the pipeline.

Elaborating on previous comments, Mark explained: ‘Certain roles, such as PHP development, are in high demand and short supply. This means that people command salaries which are out of sync with their competency level, and has led to us having to outsource much of this work to other companies while we train staff in-house to get them to the correct level required to fulfil our contracts.’ Having also first-hand experienced the growth challenges facing tech start-ups is Martin Macmillan, CEO and Founder of digital marketplace finance solutions company Pollen VC. Speaking at the eSkills discussion at Parliament alongside Mark, he focused his presentation on the lack of financing options open to developers, which had inspired his decision to marry traditional financial markets and technology experience in his company to create what he terms ‘a disruptive new business model for the digital industry’. Martin said that he is now able to give app and games developers faster access to their app store revenues, enabling them to rapidly reinvest in user acquisition and grow their businesses faster.

He continued: ‘The UK Video Games Industry will be worth over $3.5 billon US dollars in 2015, and as the economy matures, the long tail of the app stores will be opened up by SME developer businesses. To sustain growth over the coming years, we need to ensure that these SMEs can access training in business management and marketing, and build a supportive ecosystem which nurtures growth in all parts of the digital industry.’

These concluding comments resonated with spectators – creating a sustainable model that enables SMEs to prosper in the digital market is key, and it is important policy makers have this lens onto the industry’s realities, from a bottom-up perspective, in order to shape appropriate strategy around the raw requirements of the digital economy.

And so far, it seems they are in tune with us. Speaking after the discussion, the hosting MEP Amjad Bashir said: ‘Completing the Digital Single Market is the biggest, best thing politicians could do to drive Europe’s economy forward. Conservative MEPs understand that the job needs to be done quickly, but done right. The digital sector in Yorkshire is vibrant, creative and entrepreneurial, and has so much to offer as well as to gain from this project.’ It’s time for a level playing field across member state borders – and we’re particularly interested in clearer direction for, and stronger investment in the up-skilling of SMEs, the evening out of skillsets, and a widened accessibility of technology and data. And with the fostering of a Digital Single Market expected to create up to €340 billion Euros in additional growth across the continent, we eagerly await the results. To find our more about the agenda and of our Prime Minister’s stance on it, click here