Anatomy of a Viral Event Timeline of a Viral Event – with a little help from the Streisand Effect. 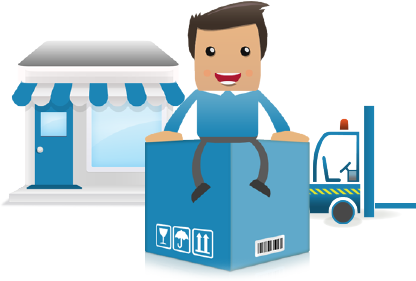 Yesterday I watched a viral event unfold on Twitter. At around 10am, Student Oliver Hotham Tweeted a  blog post about his stand off with activist website Straight Pride UK.

Oliver had originally published the organisation’s own press release, broken into sections, to answer a number of his own questions. Straight Pride UK realised it made them look deranged. They then asked him to take it down from his blog. He refused, so SPUK actually got WordPress to remove the post after serving them with a legal notice.

11am: Further attempts at censorship – and the backlash

Straight Pride UK, clearly not an organisation (or single individual) au fait with social media best practice, replied to Oliver’s 10am Tweet with requests to remove all mention of them from his blog.

Within one hour, Oliver’s Twitter, Blog, and Straight Pride UK were starting to get quite a bit of attention through mentions and retweets. Straight Pride UK fuelled the fire with a bizarre statement that anyone further Tweeting the article would be reported to the police for harassment. They then went on to summarily delete comments left on their Facebook page, and to block any user who disagreed with them on Twitter.

This prompted a Tweet backlash, with other bloggers offering to host Hotham’s original article, and in several cases, doing so. The event was generating multiple Tweets per minute.

2pm: The Twitterati weigh in

At around 2pm, I noticed what I was certain would be a tipping point.   Thought leaders, or Twitterati, including @OldHolborn @JackOfKent, and had begin to  engage with and share the news.

Sure enough, by 6pm, a formerly unknown history student from was featuring in the New Statesman, and this morning the story made it into the Guardian.

So why did Oliver Statham’s tale go viral?

I’ve already mentioned a tangible tipping point where thought leaders began to share the story. Oliver helped himself by Tweeting these same pundits with the link at the very beginning. The citizens of Twitter stepped in to help by doing the same. Once these thought leaders had shared the story, it became certifiable hot news that would reach the timelines and consciousness of many hundreds of thousands of people, including journalists, of course.

Early in the day, many Tweeps predicted that Straight Pride UK would make the story viral by dint of their own gaffes, through a mechanism known as the Streisand Effect. It’s a process whereby an attempt to hide, censor or remove a piece of information has the opposite effect, making it go widely and embarrassingly public. Named after Barbara Streisand’s efforts to suppress aerial photos of her Malibu home, the effect is a phenomenon of the Internet age, with its stratospheric capacity for the copying and sharing of information. Want to go viral in a good way? We manage your social media reputation and set the perfect tone for online customer service. Get in touch to find out more.