Are the Rules of Netiquette Dead?

Years ago, when I first began to use the internet, it wasn’t long before I came across the rules of Netiquette and discovered the meaning. In brief, Netiquette is simply a combination of two words, network and etiquette, which
describes a code of conduct one should use when communicating with others online.

With the huge rise in online communication over the course of the past decade, netiquette seems to have disappeared as social networking has risen. The code, which was first imagined at Xerox in the 1970s, was designed to brief new email users on how to communicate via an electronic medium and it survived in internet culture well into the late 90s. 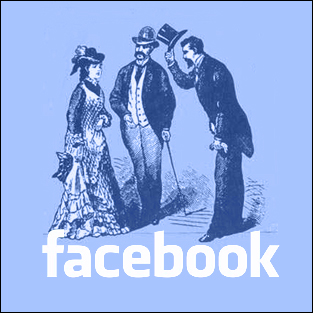 However, as a concept, it’s now barely talked about, despite the fact that a person’s ‘digital identity’ can have a huge effect on their life, depending on how they have conducted themselves online. Employers now look at digital identity, the authorities are looking to catch criminals through their online behaviour, yet many people seem to gleefully go around breaking the rules with little concern for themselves or others.

Confronting a troll – Rules of Netiquette

Take last week’s story from the Guardian, the tale of Leo Traynor who had his life turned upside down by an ‘internet troll’. The perpetrator didn’t restrict himself to just trying to bait Traynor into a bit of banter, he ruined his life, drove him offline, threatened his wife and family and had a huge impact on the health of the victim, in terms of the amount of stress and sheer panic he caused.
In the end, Leo discovered that the person behind the vicious and sustained attacks on him was the bored 17-year-old son of his friend. He confronted the boy and got some closure to what happened to him, without informing the police, so that he wouldn’t ruin the boy’s future.

The main point here is that the boy didn’t think he was doing anything wrong, he was simply having a laugh, seemingly unaware that a real person with real feelings was at the other end of his abuse.

Which brings us back to netiquette, the basic rule of which is based on always remembering that you’re communicating with another human being.

I asked a couple of people if they had heard the term netiquette, one aged 20-years and one of 40-years and neither of them had, doing away with any theories that trolling and suchlike is restricted to youth. Indeed, another main principle in netiquette is that shouting (typing all in CAPS) shouldn’t be done as people find it offensive, quite basic but many older users don’t know this and inadvertently ‘shout’ all the time.

A good look around Facebook supports this, trolling, nasty abuse, shouting, sending or posting salacious material, all of this goes on daily; indeed, there are even pages which are dedicated to this kind of behaviour.
It’s not just kids who are bored and don’t realise the impact their behaviour can have on others, it’s how the net is evolving. Netiquette was ‘invented’ to ensure that people realised that there was more than just a screen behind their words and foster an internet culture that respected others.

So is it too late to reintroduce netiquette into internet society? I don’t think so; education as always plays a key and it would be wise to ensure that people who behave badly online know that are just as likely to do themselves damage as others.

In the case of Leo Traynor, I believe he was right not to report his tormentor to the police; not only would he not have had the opportunity to find closure as authorities sought to protect the boy, but he also, as he mentioned, would have impacted the boy’s life negatively for years to come.

Whilst some may think that the boy would have deserved that, I don’t. I do however think that it’s time for some campaigning around the net to reintroduce the concept of netiquette and the social code it was intended to be, before mobile and social networks overtook the web.

In schools, it should now be a part of the social sciences and personal responsibility, just as cyberbullying is being worked into the curriculum, so young people should be taught that they can impact their own lives with their online antics.

For the rest of us, to whom school is a distant memory, we will have to content ourselves with spreading the word.

Need help with your social media strategy? Hire us to boost your brand.