Content Strategy: How to Be Edgy Without Going Overboard The internet. What started as a data storage project has turned into mass content production. It seems like every business needs a website and every website needs a blog or some other way of updating regularly. And they do, in order to stay relevant. Unfortunately, this results in a lot of people saying a lot of the same things.

Any article or tutorial on creating content is going to encourage you to be “edgy.” Write about something “different.” Express controversial opinions. Get people talking. 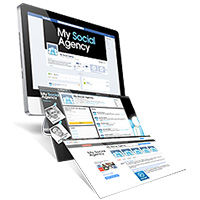 And while those are not terrible suggestions, they are vague and leave a lot of room for misinterpretation. People are attracted to drama, but you don’t want your website and/or business to be seen as derogatory, bullying, or close-minded. You want to foster an environment where people can express their opinions, debate, and yes, even argue with others. But you want the arguing to be constructive, not damaging.

So here are some clever ways to present controversial topics without having them blow up in your face.

Don’t Be Afraid to Laugh

You can make it clear from the beginning that the topic you are writing on is not the end of the world. Keep things light with witty comments, humorous images well-meaning jibes. You can even slant things toward a certain side, just don’t be hurtful, and remember that the best humor is based at least to some degree in truth.

Speaking of taking a particular side, businesses often lean too far to one direction on this issue. They’re either so afraid to take a side that they might as well not be talking or they are so invested in one side that they don’t acknowledge that another opinion has merit.

It is possible to acknowledge multiple opinions on an issue without alienating people. The best way to do this is to base your arguments in facts. By stating the factual information out there, you lend yourself credibility and remove the “blame” from yourself.

A great way to show your support for a particular stance on an issue is to use quotes from other supporters. By citing credible sources, you are building the case for your reasoning, and you’re also stating other people’s opinions, not solely your own.

The most important part of posting provocative content is to provide an outlet for people to contribute their thoughts. After all, if your intention is to gain traffic, you need to give people something to do. Plus, if people have commented on a post, they are more likely to return to check on how a discussion has progressed. That means there are more opportunities to get them to visit other pages of your site.

Writing about pertinent current events and societal issues increases the shareability of your posts as well. If you present valid information and someone feels passionately about the issue, they are more likely to share your article with their social networks. If you create content that people want to share, you won’t have to do as much outreach to get people to the page.

With news feeds being filled with list-posts and tepid opinion articles without opinions, there is a great opportunity for your site to be different. Don’t be afraid to take a stand on issues important to you, and even step on toes in order to defend your point. Passion is contagious. And if you offend someone in defending a cause, it is less likely to harm your media efforts than senseless negativity.

There’s a lot to consider in posting anything that will be associated with your website and name. But if you’re not willing to take risks, you’re less likely to draw people in. What are ways you have used controversy to gain traffic?

Jeriann Watkins is a writer living in Boise, Idaho. She enjoys writing about many subjects, including white-hat SEO and new advances in internet technology. She currently works for Page One Power, a relevancy first link building company.