Business pages not getting the reach they once were It seems that Facebook has been “quietly” changing their Edgerank algorithms since September and this is why many businesses have been complaining that they’re not getting as much reach, and therefore engagement lately. 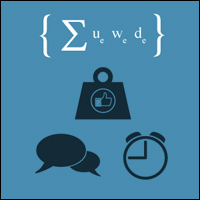 According to a recent blog article over on ‘Measuring Social’, the changes made to Edgerank near the end of September resulted in many brands losing around 40-50% of their organic reach – ouch. Jeff, who writes the blog and is a social media expert, carried out a minor study of his own to determine whether this was true.

He found that all of the pages he has access to showed an average 45% drop in reach, which “translates into 100,000 fewer fans, on average, seeing each post”. Due to this, he concluded that Facebook don’t really care about how a brand interact and engage with their fans, as they are more interested in revenue from promoted posts or ads. Analysts reckon that this could be the deciding factor in the popularity of Facebook as an advertising platform, as it proves that it doesn’t really care about what its users feel about this. Especially since they failed to make any official announcement about the changes.

According to Business Insider, Facebook told them that: “We’re continuing to optimize the news feed to show the posts that people are most likely to engage with, ensuring they see the most interesting stories. This aligns with our vision that all content should be as engaging as the posts you see from friends and family.”

However, another analysis by Business Insider suggests that this has been a long term plan for Facebook to “lock” brands who use pages into using FB advertising in order to extend their reach extensively.

This is because when a page is advertised, it shows up more often and lasts longer in fan’s newsfeeds, as well as being seen by its target audience, which is honed by the advertiser. For example, when an ad is created in Facebook, marketers have the opportunity to target people by the following:

This means that advertisers can reach more than just their “hardcore” fans and thus build more interest and engagement. According to Gokul Rajaram, organically, Facebook page owners will only reach around 15-20% of their fan base, whilst paying for a campaign will be effective so that “in order to reach the remaining 80 to 85 percent, sponsoring posts is important”.

He goes on to say that a Facebook page should be the “hub” of any online marketing campaign and by advertising you are increasing reach in numerous ways. Of course, we all know that there are ways and means to keep your Facebook audience entertained and send them to your site to read your blogs or buy your products.

However, I think most social media marketers would agree that Facebook isn’t the only platform you can use and if used wisely, in conjunction with Twitter, LinkedIn and Pinterest (to name the top few), then you can extend your reach considerably, and not by necessarily paying for a Facebook campaign.

Do you think that Facebook advertising has been good for your business? Have you seen a drop in engagement since September on your Facebook page? Or do you think that it’s a brilliant advertising model that works well either alone or alongside other social media channels.

Let us know your thoughts in the comments section below – we’d love to know how Facebook has helped or hindered your business.