Social network users more likely to remember what you had for breakfast than what you look like too!

A recent study published in academic journal Memory and Cognition has found that users are more likely to remember a Facebook status update than lines from a book. Last year, researchers stumbled across the idea when investigating the effects of emotion on memory. 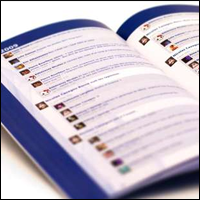 University of California cognitive psychologist Laura Mickes and her colleagues began by looking into how various statuses were used to invoke emotional responses. However, what they found was completely different to what they had expected when beginning the study.

“It was a bit of a surprise for us,” Mickes said. “It wasn’t our original question.”

The study team collected 200 Facebook posts from undergraduate research assistants, which included complaints relating talking in the library and a comment on clean bed linen. They also gathered 200 random phrases from recently published books on Amazon.

Sentences included, “Underneath the mass of facial hair beamed a large smile,” and “Even honour (sic) had its limits.”

The scientists then selected 100 phrases from each, ensured that the context they were written in was removed, and asked 32 undergraduates to memorise them. The volunteers were then shown the words on a computer screen and asked if they had seen the comment before.

Facebook Status Updates – One and a half times more memorable

The results which came back were surprising, Facebook status updates proved to be one-and-a-half times more memorable then the carefully crafted words from a book. The research team then tested knowledge of human faces and discovered that Facebook posts are also twice as memorable as them.

Intrigued by this development, the team repeated the experiment with a new group of students, to determine if they were more likely to remember status updates that reminded them of people they already knew.

It was found that “social memories didn’t seem to explain the difference on its own”. Perhaps then, the researchers thought, status updates were memorable due to their nature of being a complete thought?

With this in mind, the team decided to add newspaper headlines into the mix, since they are of the same nature, a complete thought being written specifically in order to grab the reader’s attention.

However, in this part of the experiment it was found that people were more likely to remember comments made by other readers, rather than the headline itself.

Why is ‘casual’ chat easier to remember?

Mickes thinks that the answer to this is down to how “unfiltered” remarks made on Facebook are. The type of “effortless chatter” that tends to be posted on the social site is better at tapping into our mind’s language capabilities due to human evolution, which prioritises and remembers information from social interactions.

“Before typewriters, before the pen, before anything, we’ve been talking to each other,” Mickes said. “So it does seem [memory] goes hand-in-hand with natural language.”

This was backed up by cognitive psychologist Suparna Rajaram of Stony Brook University in New York, who added that a lack of editing makes for an easier read: “the simpler the writing, the easier it is to take away the message. I think blogs and social media really capitalize on that,” he said.

Oxford University boffin Robin Dunbar agreed, adding that “social media have introduced the fluidity of everyday conversation into written text”. This leads to an openness which is often “dangerous” to the user, as they don’t think to censor what they say on Facebook and Twitter.

What does it mean for your business?

Bearing all of this in mind, what lessons can social media marketers take away from the study? Well, it once again flags up the fact that social media is a two-way conversation and those companies who fare best when using it as a marketing tool know this.

The more that a potential customer feels that they are talking to a real person, the better. So it’s much better to post ‘human’ status updates, rather than anything relating directly to a product. This helps the consumer to remember the updates and therefore, tell a friend.

If a social media campaign is too corporate then, this is not only more likely to put a Facebook user off liking a page or product, but also not to remember it well enough to mention again.

The research is an interesting and important addition to what we know about how social works. Not only does it support the theory that people don’t like long-winded words and phrases in their day-to-day surfing, but it also gives companies a clear indication of how they can improve their own social  media marketing campaigns in order to ensure interaction and engagement.