You may have heard that last week Facebook launched another new feature, this time for Pages, which is intended to make life easier for us all. 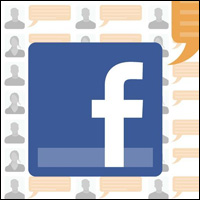 The new ‘Threaded Conversations’ feature allows Page owners to opt-in to activate replies and whilst for the moment it’s possible to opt-out, the change will come into force for all business Pages by July 10th 2013.

This should mean more conversions and quality conversations as Page owners can reply on a thread in chronological order, meaning that it won’t be necessary to tag people in comments on the same thread.

However, it’s important to note that comments won’t appear the same universally and are displayed based on certain factors. These include feedback that’s both negative and positive and for the latter, these are pushed to the top of a thread.

This means that comments and posts will be judged on their popularity more than anything else, giving the thread a kind of ‘social ranking’. It’s also more likely to reach users in the same area as the business is located, rather than users’ friends of friends.

This also means that friends of a business page will also be ranked higher in the conversation than those who are not fans or friends of the page owners.

Posts with negative feedback will be pushed further down the page as they are ranked lower and should a comment be marked as spam, it should fall to the bottom of the conversation.

What does this mean for marketers?

Hopefully, increased engagement, as visitors to the page immediately see the most interesting replies on the page posts. This is because the most relevant conversations stay on top and this is intended to increase brand awareness.

Threaded conversations also mean that it’s much easier to hold a real discussion, such as question and answer threads, with less trouble and more effectively. This is already possibly on Twitter, but you are of course limited to 140 characters, whilst Facebook allows longer conversations and media to be inserted into the comment.

For marketers, the benefits are relatively obvious; it should be a lot easier to engage in useful conversations with an audience and so therefore build even better relationships.

However, not everyone has greeted the new feature with enthusiasm, some stating on Facebook’s announcement page that the changes are “horrible for admins” and confusing.

It would be better, according to much of the feedback so far, to remove the “best post floats to the top” feature as it creates too much confusion over when posts were actually made.

What if the discussion isn’t positive?

It’s possible for a thread with plenty of negative and damning comments to make the top of the page too. Since the algorithms work mainly on spam and this also has to be marked by the owner as such, it means that individual comments aren’t really looked too closely at.

This means that if a thread is popular and prompts plenty of replies, pretty much all of them can be damning, but it will still rise to the top of the pile due to its popularity. Further to this, it will only be possible to access Threaded Conversations by PC, as the feature will not be available on tablet or smartphone.

Only time will tell if the new feature will work well or not, which is somewhat frustrating for page owners, but I’m sure that Facebook will keep fiddling around with it until it’s acceptable.

My Social Agency is a modern social media and internet marketing agency based in Leeds and London. Get in touch today to learn more.