It’s the 10th of June 2016. But, more importantly, it’s a Friday – have you got that feeling yet? – which means that not only is the weekend just a few short hours away, but it’s time for your weekly roundup of the hottest social media and digital marketing news.
Let’s see what’s been happening….

First flouted in April in a few locations, Google has now rolled out a couple of significant changes that will affect local search results and Google Maps. The changes will impact all businesses with physical locations.
Now, paid-ads you will find displayed in the Local Finder search results, as is shown below in a tweet from SEO specialist Brian Barwig. 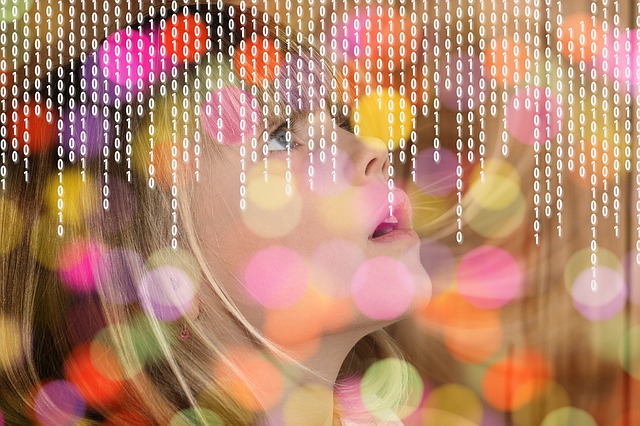 Last August, Google rolled out a major change in the way it listed local businesses in search results, trimming back the “local 7-pack” to a local “local 3-pack” view, with a snippet of a Google Map displayed (see image below).

(Local 3-pack update, August 2015. Image source: SEO PowerSuite)
The 3-pack update was controversial, as it meant that fewer businesses found themselves displayed at the top of results. But the addition of ads (more than one can display) in Local Finder results means that retailers and service providers with physical locations have a new way of getting to the top of listings – provided that they’re paying for AdWords and that users click through to see the additional listings.
It’s a double-edged sword in all honesty. While it means that business can now get around the 3-pack limitation, the update also of course means that yet another haven of organic listings has lost out to paid-for advertising. Perhaps it was the plan all along…

Instagram has unveiled new tools for business profiles, which include access to insights, a contact button, and a new promotion tool that gives businesses the ability to transform a regular post into a promoted ad at the touch of a button.
Here’s what the Instagram blog had to say about its new business profiles:
“Business profile are a free feature for accounts wanting to be recognized as a business on Instagram. With a business profile, businesses can choose how they want their customers to get in touch with them: call, text or email with a tap of the contact button as well as get directions. Business profiles also unlock access to insights and the ability to promote.”
In line now with the free analytics that business accounts receive on Pinterest – and indeed all accounts receive on Twitter – Instagram insights will now give businesses all the information on how well their posts are resonating with their audiences, which ones are working better than others, audience demographic information. All the usual stuff really – which is great!

(Image source: blog.business.instagram.com)
The new promote tool will help business users single out well-performing posts and give them an added boost for however long is required. CTA buttons can also be added to these posts to encourage followers to take further action. Audiences can either be manually targeted, or Instagram will suggest targeting.
The Instagram blog went on to confirm that “business profiles, insights and the ability to promote will be rolling out in the U.S., Australia and New Zealand in the coming months, and will be available in all regions globally by the end of the year.”

“Pinterest has always been the save button for the internet, and today we’re making it official. Now when you go to save ideas, you’ll see the ‘Pin it’ button says ‘Save,’” the Pinterest blog declared earlier in the week.
Many of you will have already noticed this change for some time now – I know I had. Indeed, it was last year that Pinterest started rolling out improvements to what was formally known as the Pin It button in certain locations (like mine). But now it’s gone global. Hovering your cursor over an image, you’ll notice that the company has swapped the “Pin It” button for a “Save” one.
It’s a bold move when you think about it. Pins are what Pinterest is all about, and the “Pin It” phrase instantly calls the social network to mind. “Save”, on the other hand, is far more generic. I actually find it a fascinating update: Pinterest really believes that it doesn’t need to remind internet users of its existence any longer – it’s just part of the woodwork. Indeed, the network wants to be recognised as the “official” save button for the internet – and I have no reason to believe that it won’t get away with this extraordinarily confident move.
That being said, the Pinterest blog does acknowledge that around the world, the phrase “Pin It” was being lost in translation, so that, in part at least, is what has inspired the change:
“Now that more than half of people who use Pinterest are from outside the United States, we’ve been working harder than ever to make sure our app and website are easy to use no matter where you live or what language you speak. Unfortunately it turns out that the notion of “Pinning” ideas doesn’t always resonate with everyone around the world.
“So we decided to test what would happen if we swapped our Pin It button for the more utilitarian Save instead. We were amazed by just how many new Pinners started saving ideas on Pinterest, especially people from outside the US.
“In spite of the impressive numbers, we still really struggled with the decision to make the change. We have a lot of love for our Pin It button, which has served us well for so long. But the most important thing is for Pinterest to feel welcoming to everyone, and that’s why ultimately we went with the more understandable Save.”

If you think that social media is becoming irreversibly visual, then the latest update from Facebook will put pay to that.
The world’s favourite social network has been busy developing a new artificial intelligence system its calling DeepText, which it describes as “a deep learning-based text understanding engine that can understand with near-human accuracy the textual content of several thousands posts per second, spanning more than 20 languages.”
The goal is to improve the user’s all-round experience with Facebook. The technology will help to filter out spam content, and bring to the surface more targeted content for users – and that’s great news on both counts for genuine content marketers (as opposed to scheming and spammy black hat tricksters).
According to the Facebook Engineering blog, DeepText “has the potential to further improve Facebook experiences by understanding posts better to extract intent, sentiment, and entities (e.g., people, places, events), using mixed content signals like text and images and automating the removal of objectionable content like spam.”
Currently in the testing phase, we’ll be sure to let you know when this rolls out proper – but in the meantime you can start focussing more attention on your organic Facebook SEO efforts, for anything below board will be harder to break through when DeepText finally arrives.
That’s it for this week! Enjoy the rest of your Friday, and I’ll see you next time!