Last week Google opened up its cavernous data vaults and served-up a bunch of fresh new statistics on global smartphone and app usage.

The stats are further proof that all businesses need to implement mobile strategy. Smartphone penetration and app engagement is increasing across a very wide-range of global markets, more and users are engaging with businesses over the mobile web, and the adoption rate in western markets has exploded over the last year. I’ve picked out some of the more interesting stats from Google’s blog post below. 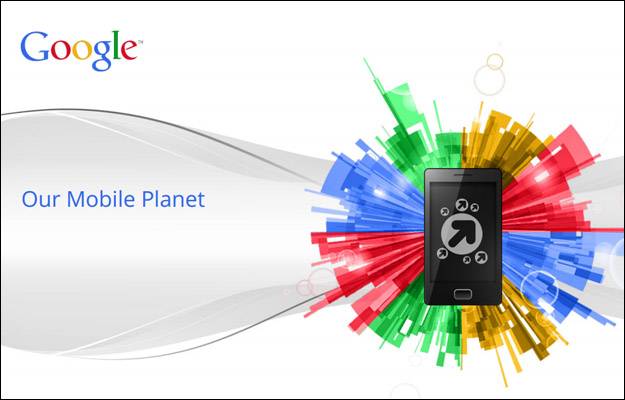 The UK (51%), Sweden (51%) and Norway (54%) all saw a dramatic increase of more than 20% in smartphone adoption in less than one year.
52% of Australians own a smartphone, 15% more than did last year.
Among the 26 countries, smartphone penetration was highest in the Middle East at 62% in the UAE and 60% in Saudi Arabia.
Argentina is starting to see  strong traction in smartphone adoption as nearly a quarter of the population (24%) uses a smartphone.
Consumers in Egypt and Brazil are among the heaviest social networkers with 91% and 88% of smartphone users doing this.
59% of smartphone owners in China have made a purchase on their device, the highest among all countries in this study.
91% of Mexican smartphone owners look for local information and 88% take action.
58% of the French visit a business after looking for local information
48% of smartphone users in the UAE call a business after a local smartphone search.
75% in Brazil have performed a mobile search after seeing an offline ad.
100% of smartphone owners in Japan use their phone to research a purchase.
36% of Egyptians have changed their mind about a purchase while in a store due to smartphone research.
People are researching items on their smartphones before making a purchase in other channels. 52% in Ireland end up making a  purchase on their computer and 37% in Argentina purchase in a store after researching on their smartphones.

Not only is smartphone usage increasing drastically and in an incredibly short amount of time, but more and more smartphone users are turning to apps and the mobile internet to research information on businesses and products. Mobile is also increasingly becoming a traffic driver for local businesses.

This data from Google perfectly illustrates the necessity of developing an effective mobile strategy. Although a mobile strategy will vary from business to business, the two over-arching considerations are:

A. Developing a presence in the two main apps stores (Google Play and the iOS App Store)
B. Rolling-out a mobile-optimised website.

While app strategy is highly dependent on the type of business, the importance of optimising your website for mobile is pretty much universal. If your forcing your customers to browse a desktop site on a 3.5 inch screen then you’re seriously missing a trick. Chances are they won’t be able to get the information they’re looking for, and you can forget about driving conversions. Smartphone users don’t just want a cursory look at your homepage. As the data from Google – and from many studies – shows, users are very much prepared to make purchases on their phone.

Hopefully Google’s data dump will finally convince businesses that ignoring smartphones is no longer an option. If you’re not planning a mobile strategy now, you can be almost certain your competitors are.

Searching for a mobile app development agency? Look no further. Get in touch with My Social Agency’s App Development team.