Twitter might be one of the most character restrictive platforms out there, but it’s also one of the world’s favourite social platforms – and it’s easy to see why! Brevity is the soul of wit and Twitter’s instantaneous nature allows people from all backgrounds and with varying levels of fame interact on a level playing field. That’s a field with 100 million active daily users –  so if you’re not advertising on Twitter yet, you’re missing out on a huge potential audience! Luckily, we’re here to help, making the whole process of setting up and managing Twitter adverts simple. Let’s get to it!

First things first, you need to know what the goal of your campaign will be. Twitter gives your 4 easy options to choose from and 1 that’s more complex for the seasoned professionals out there, the options are clearly defined in a dropdown menu, so you can choose what best suits your needs! 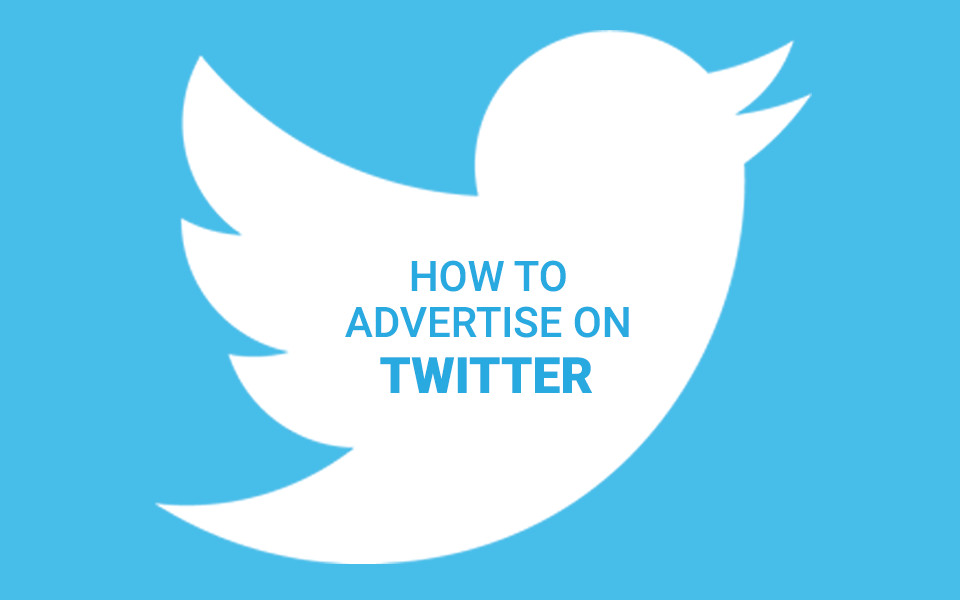 Before we go any further, let’s cover the best practices for creating Twitter adverts, because all the instructions in the world won’t save an average advert. Below are a list of things that you’ll want to do in some, or all of your campaigns, keep them in mind moving forwards.

If this is your first Twitter advert, or maybe even your second or third, the first thing you’ll want to do is introduce yourself and your brand. Tell your story and create credibility with your audience – no one wants to buy from someone they don’t know. Equally, if you’re rebranding or introducing a new storyline then it’s worth re-introducing yourself, customer focus often isn’t about the product itself, it’s about the brand and status that they’re buying from.

Include a clear CTA

Make your desired action simple, if you want people to click on a link which will take them to a landing page, use the word ‘click’, if your link leads straight to a purchase page, then the words ‘buy’ or ‘purchase’ should be included. Simplicity and authenticity is key here, your audience wants to be taken directly to what they were promised, they need for it to be simple because otherwise they’ll go to a competitor who makes their offering clear. Having a clear CTA will enhance your UX (User Experience) and continue the effort you’ve put into branding and building good customer relationships.

Include cards in your wider campaign

Beyond your typical adverts in Twitter, you also have the option of using Twitter Cards. These cards are larger than typical tweet boxes and promise to draw the eye in the hopes of attracting the attention of the speedy scroller who misses the majority of content. The images featured are also larger than the Twitter standard, and instead of a larger version of the image being displayed when clicked on, clicking will take the user straight through to your landing page.

Whilst it can be tempting to try and appeal to everyone, not everyone is going to buy your product or be interested in your brand. So take the time and focus on creating on advertising that appeals to your ideal customer, the kind of lead that is more likely to make a purchase and share it with their own circles. This same kind of thinking will come in later when it comes to defining your audience distribution settings.

If you’re creating a series of adverts, and want to have 10 separate posts that’s fine, just make sure that you have 10 high quality posts, not 5 great ones and 5 average ones. This goes back to building your brand and making sure that you’re attracting the right kinds of leads, people are buying your brand, not just your product. Ultimately, it’s your decision, but our recommendation will always be that it’s better to send out a smaller amount of exceptional assets as opposed to spamming people with large amounts of low quality material.

Your organic data is a great way to learn how many people are interacting with you and your product. It can give you insights into things like their age, sex and location, as well as things like the times of day they’re active and whether you gain more interactions from shorter or longer tweets.

With the best practises covered, it’s time to delve into what advertising options you have on Twitter.

A Promoted Accounts ad allows you to get your Twitter account in front of a highly targeted audience, with the aim of attracting relevant followers. Promoted Accounts are displayed in the audience’s timelines as well as the ‘Who to Follow’ tab, and generally feature “follow” in their CTA. This is good for encouraging generalised followings, but doesn’t particularly push your potential audience to find out more about you before hitting follow – so this may not lead to final purchases. However, despite this line of thinking, you should be heartened by the study which shows 85% of Promoted Accounts users believe that this ad format has helped them discover new business on Twitter.

Promoted Tweets do what they say on the tin, they focus on promoting a single tweet and boosting its exposure to the widest possible audience. Promoted tweets appear throughout your feed and other users’ feeds, automatically showing it in an expanded view, the tweets also appear at the top of search results for selected keywords which further highlights your visibility. Promoted Tweets are building your brand voice because they allow you to put a snippet of yourself out there, being as funny or serious as you want your tone of voice to be. Aside from building awareness and being a great way of sharing your content, Promoted Tweets are a brilliant way of promoting deals or offers you are currently running, gaining more traction for leads and sign ups which will hopefully lead to later repeat custom for you.

These are the two major Twitter ad types, and the most accessible (Promoted Trends cost far more), and each has different pros and cons. Promoted Accounts are best used to increase follower numbers, whereas Promoted Tweets are best utilised for putting out big announcements and campaign launches, situations where you want to reach a wider audience than your organic follower list. If you use a Promoted Account ad then your following will go up, but the increase to engagements could be negligible, and Promoted Tweets will see a boost to your engagement, but may not have a dramatic effect on your follower size. Decide which you want to prioritise and go from there.

Organic trends are a great way to track what masses of people are talking about, and these appear in the left hand navigation when on desktop. At the top of these you will often see Promoted Trends, which feature a promoted hashtag and the account name of the promoter. As with organically trending topics, users can incorporate the hashtags into their own tweets and view a page which has accumulated all the tweets using the selected hashtag. Promoted Trends are a great way of encouraging mass followings because they are integrated with organically trending materials, which drives users to interact with these hashtags more and as such become part of a larger, sometimes worldwide conversation.

We’ve organised the campaign types in the order that they appear in the dropdown list you’ll encounter on Twitter, however this doesn’t immediately make clear whether which ad option is used in each campaign. For that reason it is worth noting that all of the campaign types, with the exception of ‘Followers’, are Promoted Tweets based, whereas the ‘Followers’ campaign works with Promoted Accounts.

In this campaign type, you promote individual tweets with the aim of starting a conversation around your brand, which will later hopefully lead to conversions and purchases. Here, you only pay for the initial engagement with each user and not for any ongoing interactions after that point, you also do not pay for organic interactions with the monetised tweet, so you can be sure that your money is only being spent on interacting with people who are new to your brand or product.

Using the Promoted Accounts ad type, you pay for each follower that you gain through paid methods. Impressions and all other engagements are free, to ensure that your budget is best spent.

Awareness campaigns are targeted at a broader audience and are the only campaign type charged by impressions per thousand (CPM) rather than engagements – so make sure your ad is strong enough to stimulate some kind of measureable response.

Doing exactly what it purports to do, a Video Views campaign is focused on increasing the number of views of your selected videos. In this case, you pay for each viewer who does any of the following:

Technically, these are two separate campaign types, but due to their many similarities we’ll be grouping them together. For both campaign types you promote selected tweets to a targeted audience that you want to have visit and take action on your site. You can include a Twitter Website Card in both as well, which will give your user a window into your website before they leave Twitter. In both campaign types you’re charged per click, but in the Conversions campaign you additionally have the ability to track the conversions you receive.

The aim of this campaign type varies, and again, aims to do what it says in the title. For this campaign, you promote tweets with the intention of having new users download your app, or re-engaging users who already have your app but who haven’t used it in a while. Depending on your goal you will pay for app downloads or app opens, or both. Similar to the Website Clicks/Conversions campaign type, you have the option of employing a Twitter card, in this case a Twitter App Install Card. This kind of Twitter Card shows a preview image of your app, along with the app’s top ratings, and the option to install or open the app with a single click.

This is another Twitter Card led campaign option, in this case Lead Generation Cards, which allow the user to share their relevant details with you in just 2 clicks and without ever leaving the Twitter platform. The gathered information is stored in your Twitter Ads Account and is fully downloadable in a CSV format.

Now we’ve gone through all of the campaign types and best practises, let’s get to actually setting up your campaign. There’s only 4 steps, so it won’t take you any time at all!

Setting up your campaign

Now you’ve got your adverts up and running, make sure to keep track of what’s performing best so you can learn from it. Then, incorporate your learning into future campaigns! If you want to organically increase your Twitter followers, take a look at our blog, here. Till next time.