How to Deal with Negative Criticism on Social Media

They say the telling of a great boxer is not in the way he fights, but how quickly he gets back up from the canvas. Even so, there’s probably little point in him flurrying away mindlessly as he’ll most likely end up back on the floor again.

There are a lot of parallels here with the way social media complaints and negative reviews should be dealt with. There’s not much point getting up after a negative review and senselessly returning a barrage of insults, you’ll only end up knocked down again – as Amy’s Baking Company, Scottsdale, Arizona found out after an episode of Fox’s Kitchen Nightmares. 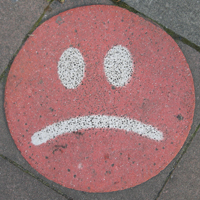 Kitchen Nightmares is a TV show hosted by Gordon Ramsay, who in essence berates a restaurant’s owners into taking their finger out and along the way improves the whole shambles to resemble something of a reasonable eatery.

In a recent episode Ramsay dumped the bakery and the owners for being too much to deal with. The episode got much criticism on Reddit and the rest of the web and then the owners went on an offensive tirade on Facebook in cap locks. This god fearing, f-bombing harangue was then put down to a hacking issue. Of course – would you believe it?!

So what should you do if you suffer a similar but hopefully less dramatic fate at the hands of critics and wish to avoid competing for a place as the “most epic brand meltdown on Facebook ever.”

It’s natural to get emotional if you’re criticised, however beware the first reaction. Take five and relax and the likelihood is you won’t go with a kneejerk response.

The review or comment may be horrific but it could just as well be some sort of valid feedback that needs to be acted upon. Take some time to decide on whether it’s trolling or is a viable and actionable piece of criticism.

The first thing you need to do is to respond to the review in a polite manner. Do not respond in a sarcastic tone, whether you’d like to or not. Bite your tongue, be polite and thank the reviewer for their business and sharing their feedback. Remember, business is business.

The only thing that’s worse than ignoring is the tirade, but it’s not much behind. By ignoring and not acting on the review or comment you’re not helping yourself. These criticisms can be as much an opportunity as an issue if dealt with correctly. People want to know they’re being heard and being treated accordingly. Once again, it could be an honest call to improve your business.

We’re not talking about headgear here. Keep your cap lock off for fear of coming across as a social media Ian Paisley.

Social media is like any form of communication and though it may be easy to ignore or be disingenuous via it as a medium, it won’t pay.