Social Media's Big Change and How Your Business Should Prepare

Social media has changed dramatically in a short period of time, and a recent post on Social Media Today by Brian Kramer on how ‘There Is No More B2B or B2C: There Is Only Human to Human (H2H)’ has really nailed why, in my opinion.

Social media has been a catalyst for change, however not everyone has jumped on board the new way of doing business – well not just yet anyhow. 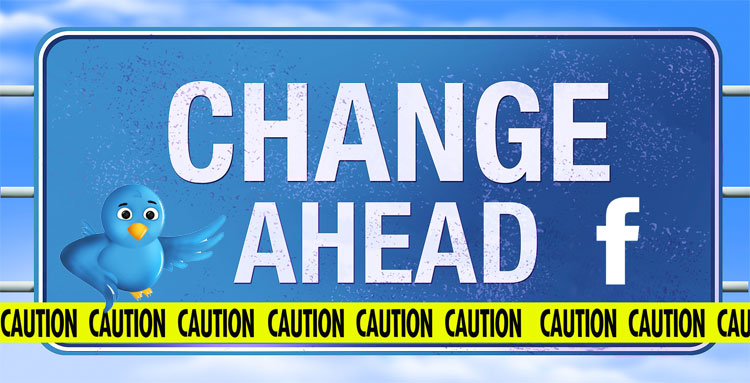 If you ever watch TED Talks, you may have viewed an extremely interesting one by a gentleman known as Simon Sinek. He actually has a few on there, but we’re going to focus on his piece on ‘How Great Leaders Inspire Action’.

In essence, the talk discusses how game changing businesses focus on the reason something is done (the why), rather than the product or the service (the what). Sinek talks about this in depth, informing the audience as to why a human mind has evolved to resonate more-so with the ‘why’ factor over the ‘what’ factor. This mindset drives consumers to behave in a certain way and as an example he claims that this is the reason for Apple’s popularity.

The Law of Diffusion of Innovation

Sinek then discusses The Law of Diffusion of Innovation. To us laypeople, this notion essentially describes the speed a new idea or an innovation spreads through a culture.

Within this law, the adoption rate is split into five groups – these include innovators, early adopters, early majority, late majority, and laggards. Each one of these groups is larger than the last, with a larger number of people adopting the idea as it has been previously adopted by others. Sinek discusses a point in the graph (later on in the early majority stage) where an idea reaches critical mass and is widely adopted by all in a society.

The reason we’ve discussed this TED Talk is simply because in business this H2H customer service and interaction is now well within the ‘early majority stage’.

Innovative businesses are increasingly moving away from the traditional model. For example, look at the growth of employee advocates – where employees leverage the brand they work for with friends via social media. How often do you now see brands responding on Twitter with an avatar of the individual you’re talking to rather than a logo? What we’re seeing is the rise of bespoke H2H social media and the replacement of the generic, off the peg option.

When Bill Clinton was elected President of the USA, it happened because he could relate to people and they could to him.

Clinton blew George Bush Sr. out of the water on TV by simply talking to people on their terms – ‘it’s the economy stupid’ – and having a good time, playing saxophone on the TV. He just showed himself to be a human being and not some manner of political robot. Clinton triumphed thanks to his ability to talk to people on a one-to-one level and have a bit of fun. Political robots have tried to be human ever since.

Businesses can learn a lot from Clinton’s impact on the way politicians run for election. When social media came about a decade or so ago, no one would have envisaged this H2H notion. However, in no time at all I’m quite sure we’ll see critical mass and those that have adapted early will reap the rewards.

Now is the time to be part of the early majority, so adopt this new innovation, create a community around your company, treat consumers as individuals and get ahead of the curve. As they say, the only certainty in life is change.