Voice search: the future or just another technology fad?

Earlier this week at Google I/O, the technology giant’s annual conference where it demonstrates and announces new pieces of tech, improvements to existing products and offers hands-on experience and advice for developers, Google put much of the focus on improvements to one of its marquee products, the voice search based Google Assistant.

There are over 500 million devices across the world which have Assistant built into them, including phones, tablets, TV’s and even cars, so it’s fair to say, Assistant is fairly popular, going by the number of compatible devices. Of course, the figures around searches using voice commands is impressive too, with Alpine.ai estimating that over one billion voice searches are made every month around the world. 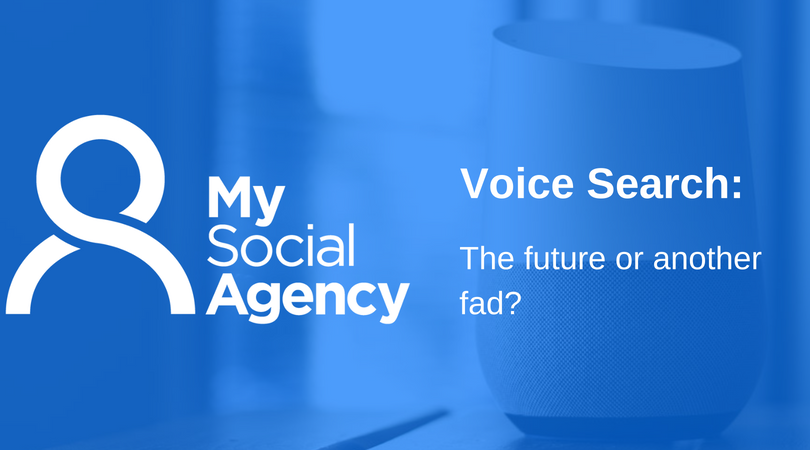 However, we’ve seen many fads in the tech sector over the last few years. From 3D and Curved TV’s to QR codes and Pokemon Go, they have all seen a recent decline in the number of users, and in the case of 3D televisions, have ceased production altogether.  With the impressive rise in voice search over the past couple of years, particularly within the last 12 months, there is a question as to whether home assistants such as Amazon Alexa, Google’s Home and Apple’s HomePod, are just yet another technology fad, or whether they could be around for some time to come.

The sales figures surrounding home assistants suggest that they could be around for some time. Back in January, Google announced that one Home Mini device had been sold every second since its launch in mid-October last year, which is a colossal number of units. Similarly, Amazon chief Jeff Bezos said back in October that they had sold more than 20 million Alexa-enabled devices, and over the Christmas period, Amazon customers asked Alexa for cooking related advice more than 9 times as much in 2017 compared to the year before.

However, for Apple, it isn’t quite as good news, with the company having experienced lower than expected sales of its HomePod device. With such a prominent position in the voice and AI market with Siri, it’s interesting to see the HomePod performing so poorly compared to its rivals. However, this is likely down to Apple having ‘missed the boat’ slightly with the launch of their product.

By the time the HomePod was launched earlier in 2018, Google’s Home and Amazon’s Alexa devices had been around for a considerable amount of time, and so had capitalised on the apparent immediate demand for AI devices. Whether Apple are able to come back from this and get more of a foothold on the industry remains to be seen, but they’ve certainly got some ground to make up on their rivals.

Google announced many improvements to their Assistant at their conference during I/O earlier this week, many of which focus on allowing greater personalization and making them appear more human.  For example, one of the features announced this week was the addition of new voices for the Assistant, in addition to limited voice content from singer-songwriter John Legend. This points to making the Assistant appeal to humans by using well-known personalities who already appeal to the audience. It’s almost influencer marketing but through voice!

This isn’t the first attempt to make a home assistant more human, with Amazon having  recently implemented the ability to ask follow-up questions without using “wake words” like “Alexa” or in Google’s case “Ok Google…”. Making a conversation flow better, like human to human interaction, is another way in which the audience is being encouraged to engage with their devices and use voice search to find information.

However, perhaps most telling about the future of AI and voice search was Google’s demonstration of Duplex. Essentially, Duplex is an AI-driven system on your smartphone which has the ability to book appointments with local businesses who don’t have an online booking system. There were two different demonstrations, the first of which featured booking a haircut, and the second featured a complex restaurant reservation. In both these scenarios, a natural-sounding Assistant voice interacted seamlessly with actual humans, having a complex multi-step conversation over the phone.  You can watch the demonstration from Google’s keynote to see it in action – you’ll probably want to skip to about 1 hour 45 minutes. The question here though is how much further can it go? For example, could Google’s AI refinance a car, negotiate terms on a job offer or even remortgage your house? We may find out within the next few years, but at the rate the technology is accelerating, it wouldn’t be a surprise to see this sort of capability sooner rather than later.

With so many homes now hosting AI devices, and with virtual assistants like Bixby and Siri with us all the time on our mobile phones, it would appear that voice search isn’t simply another technological fad, and there is in fact a lot more to it than meets the eye. The sheer number of Home and Echo devices sold to date, along with Google’s Duplex demonstration at the I/O conference is proof that voice search, AI and virtual assistants has a place in our lives and could be around for a long time to come.