It’s that time of year again, when John Lewis release their eagerly anticipated Christmas advert – something that is now as traditional as mince pies and stockings. So what is it this year? 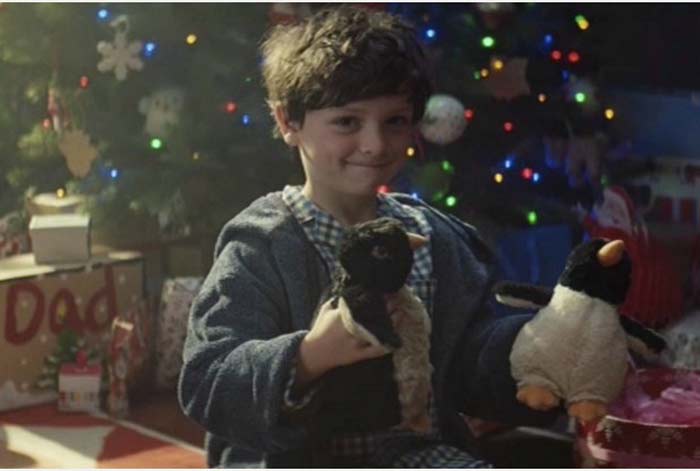 This year’s advert is about a little boy called Sam and his pet penguin, Monty. They go everywhere together and are the best of friends, but then Sam realises the penguin is lonely and has no one to love.

The 130 second advert ends with Sam surprising his pet Monty with a soul mate called Mabel for Christmas and everyone lives happily ever after. It’s definitely a tearjerker and so far the advert has evoked a very positive reaction from social media users.

John Lewis Xmas ad made me cry right at the end. They really know what they’re doing, don’t they.

Monty the penguin has his own page on the Jown Lewis website, where fans can explore Monty’s world, buy the book, play the game and even buy a toy version of the penguin itself.

Monty even seems to have his own social following on a range of social media platforms including Pinterest and Twitter. He only follows 12 accounts, 11 of which are dating sites: Some people have been more negative however saying they don’t find the video interesting or emotional and would like to avoid it for as long as possible. Others have decided to completely twist the advert and have this take on the video:

It doesn’t end there either.

Hours after the release of the Monty the Penguin Christmas ad, a cynical spoof video claiming all penguins are really stupid had already been released by Redshirt films. The parody was launched yesterday and has so far received over 38,000 views:

John Lewis spends all year waiting for the advert to come out. No not the guy who owns the large British retail store, the Computer Science teacher from Blacksburg, Virginia.

Dr Lewis has racked up over 7,000 Twitter followers and instead of getting fed up with the stream of tweets he is sent that are meant to be directed to the retailer (@johnlewisretailer), he is a good sport and just replies to as many as he can it a friendly and helpful way.

Holy smokes! This is gonna take a while. Fantastic ad, btw @johnlewisretail #montythepenguin

.@karennramley I’d love to take credit, but it was @johnlewisretail that made the ad. #crying #carpaltunnelling — John Lewis (@johnlewis) November 6, 2014

Whether you love the new John Lewis advert or don’t see what all the fuss is about, they have certainly got people talking!