Facebook’s proposed changes to what it does with user data closed yesterday, with less than one million of its users voting to change governance, many of them voting to keep existing policies in place. 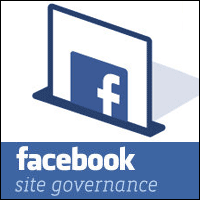 Facebook’s Site Governance page asked users if they should be able to vote on future policy changes to the way it uses private data. In order to keep the old voting system in place, just 30% of the social media site’s users, currently standing at almost 1bn had to vote to maintain the old system of voting.

“The Facebook Site Governance vote is now closed. Thank you for your participation. We will be announcing the results and the next steps regarding the governance process shortly, so check back soon.” “When we hear any more comments from Facebook, we will be sure to let you know”.

Over half a million users voted to keep the current model, with around 79,000 approving the proposed changes.

Whilst many left comments on the proposed changes when it was announced by the social media site, it would seem that not enough people had the courage of their conviction to actually join the voting process.

However, the comments meant that Facebook were forced to put changes on data use and its statements of rights and responsibility to the public vote and sent out emails to its users asking them to vote.

It would seem that whilst many people like to share viral posts concerning what Facebook are going to do with their data, bothering to vote was too much, with only 1% of its user base voting.

Perhaps if Facebook had circulated the message to share they may have got more votes as it seems many users are willing to share anything and everything, but not actually have a voice when it comes to the crunch. To keep the current policy just 30% of the social media site’s users had to vote in order for the site to be unable to make changes.

The same thing happened earlier in the year when many people also voted to allow proposed changes. However, as every user of the site will know, it’s all too common for people to post graphics on their wall saying they want no changes, which of course makes no difference at all.

Whilst it’s now too late to vote, you can see the proposed changes to Facebook’s statement of rights and responsibilities here.

What does this mean for your data?

Since less than 30% voted, this means that Facebook now have the right to implement changes which include getting rid of the voting structure and integrating data from Instagram, which it acquired earlier this year.

This means that eventually, the social site will be able to use data from Facebook to target adverts on Instagram. However, an independent auditing firm will analyse the vote to make sure that the votes are “legitimate”.

An announcement is expected today on the results and when its new version of its policies will come into effect. Whilst it seems not too many were interested in participating in the vote, reports suggest that Facebook’s old policies were seriously flawed. In the new system, Facebook users will be able to submit questions to the site’s Chief Privacy Officer, Erin Egan, and participate in webcasts.

Like Google’s privacy changes, Facebook will now be able to share all user data across its other affiliates, such as Instagram. Whilst the latter doesn’t as yet show advertisements, we can expect to see these appear in the future due to the vote.

This means that Facebook can use all data collated on its users. Including gender, hometown, interests, work and lifestyle to target Instagram users, at last possibly recouping some of the $715m it paid for the popular photo-sharing app.

Instagram itself doesn’t collect much in the way of data from its users so this is one way of making some of the social media site’s cash back.

Looking for a social media agency for the new year? Get in touch with us today. Find out more here.