Complaining about Facebook’s Timeline seems to have become a national pastime over the course of this year, but there’s little doubt that, if used properly, it can be a powerful social media marketing tool.

A good few companies are getting it right, such as Coca Cola and Fanta, which we’ll get to a little later on. In the meantime, we thought we’d show you a fun example of what would be considered a terrible Timeline, if it weren’t for the fact that it’s a parody. 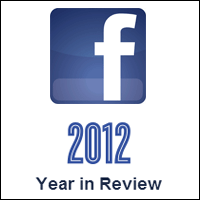 As you can see, this is reallytaking the p*ss out of some corporate brands that don’t necessarily engage with their customers, but are really insulting their intelligence somewhat.

“We’re a big corporate brand using Facebook. So look out for us asking you to like and share our stuff in a faintly embarrassing and awkward way”.

“Welcome to our Facebook page! We’ll be posting up plenty of engaging content to hopefully steal you away from your daytime chores and daily viewing of the Jeremy Kyle Show. We’ll also be asking some very open-ended questions that even a Chimp would find condescendingly offensive. You’re here at your own risk as we treat all fans with utter contempt. It WILL get annoying, so ‘unlike’ us if you can’t handle it. Don’t whinge at us if you get bored of our posts as frankly we don’t care. PS – We sometimes have typos too. Get over it”. Whilst this is actually pretty funny, the plain fact is that the creators of the page did so with an objective in mind. Don’t patronise your followers or assume that because they use social media, they’re stupid.

The fact that this page has been set up as a parody has made it somewhat successful as it’s amusing, something that the public always love. However, it’s not a good example of a terrible page, just an amusing one.

This could be described as somewhat condescending, what with Barclays introducing us to ‘Dan’, just your everyday guy who can help followers tailor their budgets and give out financial advice.

Of course, the campaign wasn’t a hit, following Dan around as he visited his Barclays branch for advice, as if we were he himself. The problem is, not only was the campaign launched at the worst possible time for Barclays, as they were discovered fiddling Libor numbers, but it was ill-advised anyway, people don’t trust banks and they won’t trust an actor speaking on their behalf either.

Saying that, Barclays Timeline page now seems to be getting it right with a nice streamlined page, good cover photo, offers and they do actually interact with followers, even those who are complaining quite heavily – huzzah for the bank for finally getting it right.

I mentioned Fanta earlier and Coca Cola, but as everyone and his dog seem to know that Coca Cola are getting it right, it makes sense to look at other brands too, who are also up to the job. This one looks good and has created a ‘game’ using the Timeline cover pic. As you can see, only one of the characters in the photo is filled in during this campaign and new visitors must like in order to help bring the numbers up to fill in the rest of the people-images.

Whilst they were apparently never filled, this doesn’t really distract from the fact that Fanta has a large following and is constantly introducing new competitions to engage fans. It’s clearly targeted a certain audience with its fun cartoon characters and bright colours and has a high level of engagement.

The format has changed slightly now but the page still enjoys a high level of engagement, offers games in the ways of apps that can be accessed from the page, and is clearly pointing at a younger audience, which is why it’s successful.

Of course these are far from the only examples of the good and the bad of Facebook brand Timelines, but it would take a book to list them all.

What do you think the worst page you’ve come across has been? Or is there a particular page that you find stunning and interact with frequently?

Let us know in the comments field below.

Looking to brighten up your Timeline for 2013? Click here to find out more about our Facebook app services.