Apple’s dominance over the tablet market is showing no signs of slowing down, with a new report revealing that the iPad counts for 69% of all tablets sold globally.

These latest figures from IHS show that sales of the iPad increased by an massive 44% in the second quarter of 2011, reaching 17 million units shipped. In total, this year has seen Apple ship 29 million iPads so far. To put that into perspective, Apple’s closest rival, Samsung, only managed to sell 4.5 million of its Galaxy Tab range during the same period. 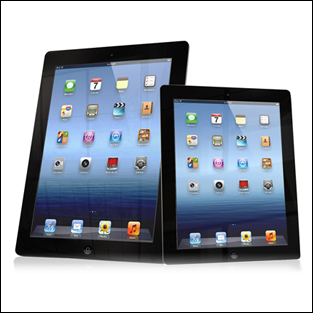 “Apple is making all the right moves to rebuild its dominant position in the tablet space.” says Rhoda Alexander, director, tablet and monitor research for IHS. “The company is pushing visual performance boundaries with the new iPad, while providing value customers with a lower-priced alternative, the iPad 2.”

“With the expected entrance of the 7-inch version of the iPad in September, Apple is sending a clear message that it plans to dominate this market over the long term.”

Not much competition for Apple

Samsung saw its tablet sales rise just 2.8% during the quarter, which shows just how amazing the iPad’s 44% sales growth really is. Apple and Samsung have a complex relationship, on the one hand they are at each other’s throats over Apple’s allegation that the South Korean manufacturer copied the design of the iPad and iPhone. But on the other hand, the two companies are close partners, with Samsung supplying a great deal of the iPad’s components. Samsung is also the number one manufacturer of Android smartphones – the biggest threat to the iPhone’s market share – and recently overtook Nokia to become the number one handset manufacturer globally.

The only other real winner in the tablet market, according to IHS’s figures, is Asus, which saw its sales jump by 26%. The company has been focused on rolling out 10inch tablets along the same line as the iPad and has recently announced its high-specced Asus Transformer Pad Infinity. Amazon’s Kindle Fire failed to continue its success over the last year, with sales declining by around 13%.

Challengers on the horizon

Of course, Apple will be facing fresh competition soon. Microsoft’s Windows 8 powered tablet, The Surface, along with other Windows 8 tablets from the likes of Lenovo and Google’s cost-effective Nexus 7, could eat into the iPad’s market share.

“It’s possible that each of these vendors is entering the market intending to lead by example, rather than trying to be serious branded tablet competitors,” says IHS.

“However, they both have the potential to end up as major players even if their original intent was only to demonstrate how it could be done. Microsoft in particular will be one to watch, with its existing Xbox gaming community on the consumer side and its operating-system dominance in business markets.”

Despite these new challengers, analysts are most interested in what Apple will do next. Speculation is growing that September will see a new, smaller 7-inch, iPad announced. This would be a rather humilating acknowledgement that Steve Jobs was wrong when he said 7-inch tablets were “dead on arrival”. It would also suggest that Apple’s lead in the market is not as secure as the current figures show.