The Definition of Permission Based Marketing

There are all sorts of actions that marketers take that violate permission, even the permission of those that follow them via social media. On the outset this may seem fine; however this sort of interruption marketing leads to poor results. 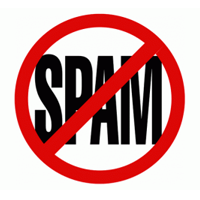 Permission based marketing is not an absolute. Of course, like most things the lines are blurred. Take for instance a scenario that a person follows you on a Facebook. In such an instance, one could consider this as a permission from the follower to be pitched to. While this could certainly be considered, it doesn’t tend to do the brand a lot of good.

Expectations to Permission Based Marketing

For example, if a person follows a business on Facebook, do you think they want to be barraged with adverts from the business to buy the product immediately? Or, alternatively, do they actually expect some form of value in the shape of information, education, entertainment and intriguing material?

In a lot of cases, businesses tend to go for the former and not the latter, hitting people with Newsfeed advert after advert and not offering value or giving the person a reason to purchase or take interest in the product. In essence, it’s like a TV channel with only adverts and no actual programs – how long would you watch it for?

What we’re saying is that just because a person follows or befriends a brand on a social media channel, it doesn’t meant they want to be constantly pitched to like they’re nothing other than a hot lead.

For a business this approach, albeit common, is one that irritates consumers and seldom works well for businesses.

Violations of Permission Based Marketing

The most common sort of social media discrepancy regarding permission is when marketers don’t even try to interact with followers.

For instance, asking people a question on social media, receiving complaints or issues and then not following it up or even acknowledging the individual, even though you created the conversation. It’s something the equivalent of asking someone how they are, them replying and asking you and then you turning your back and walking off without an answer.

Not all social media accounts work for all businesses and just setting up an account and then not even engaging with it is a no-no.

If you set up an account just because competitors do and promise to offer something, but don’t, then you’re priorities are wrong. Only bite off as much as you can chew in the social media arena. For instance, Apple has both Facebook and Twitter and have thousands of followers on each, yet don’t even bother to use them.

Expanding your fan base is best done ethically. For instance, if you set up a Twitter page to offer information and help, then you’re providing something of worth. However, if you decide to do expand a fan base via a poorly targeted viral video, then you’re in dubious unethical territory. Think for instance about those scandalous videos that automatically like and share when clicked upon – morally dubious at best!

Permission based marketing is the key to success, however like all permissions there is the opportunity for abuse.

MySocialAgecny are a UK based full service social media agency. Get in touch today for an expert consultation.