How to Recover from a Social Media Fail Social media management is a tricky affair. Most of the time, things go along swimmingly as you happily connect with fans, answer their questions, give out freebies and watch your following increase incrementally. 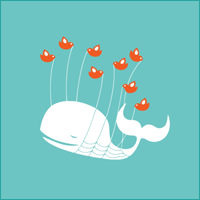 However, sometimes, one post is all it takes for a brand to risk completely trashing its reputation, usually because of something that’s gone wrong during the order process, or worse, an employee posting an ill thought out comment.

Taking the former first, an excellent example was seen this valentines, as angry customers took to twitter to complain about their flowers not arriving. Since I can imagine that many people were being harangued by their partner for the lack of romantic gifts, it didn’t take long for them to pass on the pain.

FTD Flowers, a large flower retailer will have course found themselves in the midst of their busiest day of the year when the complaints started to roll in.

As you can see from the company’s responses, they were quick to offer an apology and the opportunity to remedy the situation. A box on FTD’s home page now asks “in the doghouse? It’s not too late, Valentines flowers still available”, leading me to wonder if the irony of that is appreciated by the web development staff.

However, FTD did the right thing and it’s a reasonably good bet that it won’t have damaged their brand too badly. When it comes to brand perception, it’s not something that remains damaged forever, depending on how you deal with it.

Take GAP and their rather silly advertising in the wake of Hurricane Sandy; the clothing retailer sent out the following tweet: This prompted an avalanche of angry tweets from followers, who accused GAP of attempting to cash in on the tragedy. GAP were quick to respond, claiming that the light-hearted tweet had been intended to tell people it was safer to stay indoors.

To all impacted by #Sandy, stay safe. Our check-in and tweet earlier were only meant to remind all to keep safe and indoors.

GAP weren’t the only company to attempt to create engagement and drive traffic off the back of Hurricane Sandy and all of those that did came in for heavy criticism.

However, did the companies recover? Of course, I don’t see GAP going out of business any time soon and this particular example smacks of an employee not thinking a tweet through before pressing send. This of course is more than likely an advertising agency worker who manages the social media for the company, rather than anyone at GAP itself.

This kind of social faux pas can easily be overcome by training staff on how to use social media. It’s worth investing in an agency training course if need be to ensure staff know exactly how they should be using social media and the pitfalls they face.

– To keep posts light and friendly

– Never to get into a row with a customer, no matter how vile their comments may be

– Not to delete complaints without addressing them

– How and when to apologise

– Subjects to avoid, for example, religion

The most important thing to take away from any fail on social media is that if you don’t learn where you went wrong; as then you’re likely to fail again, and again. To avoid this, first of all try to use a member of staff who is very web savvy and can be trusted to employ common sense.

If you have slipped up, it’s vital to be humble and completely transparent, admitting to your mistakes and apologising profusely. This will get your followers back onside again as you’re showing the ‘human’ side of the company and not the corporate.

Approaching social media, and fails, requires a sense of humour and the ability to laugh at yourself. To avoid fails, it’s also important to be on the ball; don’t get complacent about what you’re posting and resist the temptation of convenience, where you schedule posts and then fail to reply to them – that’s pretty much social suicide.

Nobody gets everything right 100% of the time, but it’s not the mistake that’s important when it comes to social media, it’s most definitely how you deal with it. Those that deal with their mistakes with humour, humility and an offer to put it right are the ones that will win out.

Interestingly, it seems to be the biggest brands that continue to get it wrong, alternately created amusement or disgust. Take Chrysler who had to fire an employee who used the F word in a tweet – whilst in some sections it was thought to be hilarious, the more conservative internet faction didn’t think it was amusing at all.

Bearing this in mind, smaller brands can take something away when it comes to looking to how the big brands deal with things – don’t make the same mistakes.

Too busy for social? Get in touch with our social media management team for a review of your brand online.