Microsoft this week bowed to public pressure, dropping its former decision to impose restrictions on pre-owned games for the upcoming Xbox One. 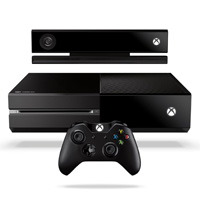 The decision comes following an outcry by even the most ardent Xbox fans, with interactive president Don Mattrick commented that the company had “heard loud and clear” gamers’ complaints.

The company has also dropped the ‘always on’ internet connection feature, allowing gamers to play offline from the disc following initial installation.

“You told us how much you loved the flexibility you have today with games delivered on disc,” Mr Mattrick said in a statement posted online.

“The ability to lend, share, and resell these games at your discretion is of incredible importance to you. Also important to you is the freedom to play offline, for any length of time, anywhere in the world.”

However, Microsoft had intended for people to be able to trade downloaded games, but this will no longer go ahead.

The announcement comes following Sony’s announcement to launch the new PS4 later in the year, which imposes no restrictions on gamers. Sony took the opportunity to put the boot into Microsoft at the PS4 launch event, stating:

“PS4 will not impose any new restrictions on your use of PS4 game discs.”

This is the second time that Microsoft has been forced to change their minds recently, a new release for Windows (8.1) is due to be available by the end of the year, which replaces the start button.

The update came in the wake of widespread criticism over the ‘confusing’ Windows 8 operating system, which even the most advanced Windows users failed to find easy to use. The advice of research house Gartner is to test the update thoroughly before implementing it in business networks.

“Fifteen seconds of video [is] the right balance between not-too-short that constrains your creativity and not-too-long where you end up having to wait a lot of time for something to download,” said Instagram’s chief executive Kevin Systrom.

Facebook acquired the photo-sharing app last year for £450m and it’s now thought that the app is used by more than 130m people per month. Only time will tell if Vine will be able to compete, especially since Instagram has introduced a slew of new filters that allow users to get creative. The 13 new filters include the option to add vignettes, make colour alterations and make video pop.

The improved app also has an image stabilization feature which kicks in by default, doing away with shaky videos whilst on the go.

For a demonstration of the new app, see the video below.

The co-founder of controversial file-sharing site the Pirate Bay has been sentenced to serve two years in prison for hacking into a bank’s computers.

Gottfrid Svartholm Warg was found guilty in a Swedish court of carrying out an attack on the Nordea banking group, as well as hacking services company Logica. Warg stole the details of thousands of Swedish nationals, which he later posted online.

Warg’s partner in crime, Mathias Gustafsson, received a suspended sentence and was advised by the judge to seek psychiatric help.

Both men deny carrying out the attacks, which whilst they acknowledge were carried out on their computers, say that it wasn’t by them. However, when asked who the people were who did use the machines, they declined to answer.

Warg is already serving a 12-month sentence for his part in running illegal file-sharing site the Pirate Bay, a crime he was convicted of in 2009.

Electronics firm Samsung has unveiled a tablet that can switch between the Windows 8 and Android operating systems, following the news a couple of weeks ago from Asus, which announced a hybrid tablet with similar capabilities.

The Samsung Ativ Q has a 13.3” screen, which sits over a keyboard that can be pulled out or used as a stand. It also features a stylus pen and runs off Intel’s new Haswell chip, as well as having up to nine hours of battery life.

Samsung also announced that the screen will be bright enough to allow people to use the device outside on a sunny day.

The firm also announced two further devices at the press conference in London: the Ativ Tab 3, billed as the world’s thinnest tablet to run Windows 8, and the Galaxy NX, an Android camera that allows edited content to be uploaded straight from the device to the internet.

“The Galaxy NX camera looks impressive and is more likely to appeal to serious photographers than its S4 Zoom, which is quite a bulky smartphone because of the lens on the back,” Graeme Neill, deputy editor at Mobile Today told the BBC.

“Samsung’s main difference from its rival Apple is the sheer volume of products it brings to market.

“It is really determined to be making a smartphone, tablet, camera and laptop for everybody, from those who want high-end devices to consumers on a budget.”

Sad news this week regarding the sudden death of Sopranos actor James Gandolfini, 51, who is thought to have died of a heart attack whilst holidaying in Rome.

The actor won three Emmy awards for playing the neurotic mafia boss Tony Soprano. In tribute to the actor’s untimely death, see the video below.