According to a recent survey carried out by IDC research, which was sponsored by Facebook, the average person checks Facebook at least 14 times a day. Indeed, we’re so addicted to our smartphones that many of us reach for them within minutes of waking up, especially those that fall into the 18-24 age group. 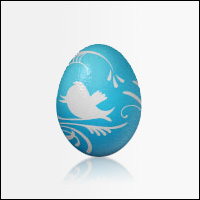 It’s seems that Facebook is only the third most popular app on our handsets though, email and browsing is more likely to be what we first pick up our phones to check. However, of all smartphone users, around 70% use their device for Facebook, with about half checking the site daily.

Oddly, around 47% of those asked said that they use their phone to check the social networking site whilst at the gym.

The report, entitled Always Connected, How Smartphones and Social Keeps us Engaged, found that we’re now more likely to use connected services such as social, email and text than we are to pick up the phone. Around 84% of all our communications are now carried out in this way.

Of course, to many of us this is no surprise. The rise in the use of both social and smartphones means that we’re rarely away from our favourite devices. In fact, IDC has already predicted that there will be huge numbers of smartphone and tablet users by the time we hit 2017.

Once we’re out and about going about our daily business, it seems that around half of us just can’t resist the temptation to tell everyone what we’ve been up to either, whether it’s tweeting about our social lives or the latest movies and sporting events.

Unsurprisingly, women talk more about their emotions than men, all of us spend around half an hour a day on Facebook and a total average of 2 hours per day communicating online.

The results go some way to showing that social, along with mobile devices, show no real signs of slowing down.

Biggest ever attack on the net

This week saw a super-sized DDoS attack being blamed for an overall slowdown of the internet, in what experts are describing as the biggest attack of its kind in history. Don’t worry though, this isn’t cyber war just yet, the attack wasn’t state sponsored, it was down to disgruntled cyber crooks.

The hosting firm decided that Spamhaus was “abusing its position” and felt that it shouldn’t be up to the non-profit organisation what is allowed on the net. This led to a denial-of-service attack which it’s alleged saw Cyberlocker working with Eastern European & Russian criminal gangs.

The attack, which is being investigated by five different law enforcement agencies from around the globe has been going on for well over a week, Spamhaus told the BBC. The attack targeted their DNS servers and it’s thought that it was powerful enough to take down the government’s IT infrastructure, in theory.

However, Spamhaus has so far managed to repel the attack and stay online. It’s thought that the scale of the attack, which took up an unprecedented amount of bandwidth, has also slowed streaming services such as Netflix.

According to a recent survey carried out by Constant Contact, small business users are seeing an increase in the effectiveness of their marketing efforts on both LinkedIn and Twitter.

In fact, 80% of small businesses surveyed said that not only do they already use social media marketing, but a huge 82% said they find Facebook to be the most effective.

However, not many of those asked cited Pinterest, Yelp or G+ as being an effective tool for marketing their business.

The survey also found that many people in business feel that they need help with social media marketing and this may explain the reasonably low frequency of posts on all social platforms.

It’s a good time to be a marketing professional it seems, as marketing and media jobs continue to rise whilst other ‘white collar’ jobs continue to show decline. This means that the industry is now suffering “a massive talent shortage”, according to data from The Association of Professional Staffing Companies.

This is slightly skewed by the number of temporary workers out there, but overall it would seem that the industry is undergoing a talent war, as agencies look for the brightest and best to join them.

John Nurthen, Executive Director International Development for Staffing Industry Analysts who compile the data on behalf of APSCo comments: “It’s notable that marketing and media jobs have continued to grow while other professional sectors decline but it is a concern that staffing companies are finding it difficult to match this buoyant demand.”

“There is a skills mismatch which has been exacerbated due to the increasing importance of new delivery channels and the need for marketing professionals to command new skills to supplement traditional marketing disciplines. As companies are seeking to ramp up their profiles and capabilities in new online channels there is no short term fix to this talent crisis.”

This is great news for marketing and media professional and is bound to be due to the uber-connected, social world that we now live in.

That’s all for now folks, have a great Easter weekend for those who celebrate it!