Twitter has moved twice this week to remove anti-Semitic tweets in France and has also blocked access to a neo-Nazi account in Germany, although the latter will still be viewable to the rest of the world. 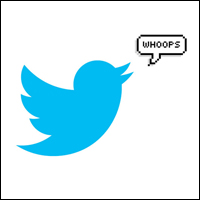 In France, the Union of Jewish Students France threatened legal action if the social media site failed to remove offensive comments labelled with the #unbonjuif (#agoodjew) hashtags. The decision came following a meeting with Twitter’s senior management and the student group’s legal team.

It seems that the #unbonjuif hashtag became one of the most popular tags amongst French-speaking tweeters, with many of the tweets contains extremely offensive comments. The legal team representing the students gave over a list of the comments they wanted removed and asked Twitter to release the names of the anti-Semitic abusers.

Earlier in the week, it was revealed that Twitter had blocked a neo-Nazi account based in Hanover, Germany. The block came following a request from German police and Facebook and YouTube have also since blocked accounts.

The German government had already banned the group, an extremist group from Lower Saxony known as “Besseres Hannover, (Better Hannover)”.

Twitter’s general counsel Alex Macgillivray said: “Never want to withhold content; good to have tools to do it narrowly and transparently.”
He went on to add that the group “is disbanded, its assets are seized and all its accounts in social networks have to be closed immediately”.

Members of the hate group have been charged with inciting racial hatred, threatening immigrants and distributing racist pamphlets to local schools.

Image-driven social network Pinterest introduced several new user options on Wednesday, including the ability to block members you don’t particularly care for. In order to use the new feature a pinner now simply has to hover over a small flag on the right hand side of the target profile and click “Block”.

“Blocking prevents both of you from being able to follow each other’s boards as well as like, repin, and comment on each other’s pins,” explained software engineer Dannie Chu on the Pinterest Blog. “When you block someone, the other person is not automatically notified. However, a blocked person will know they’ve been blocked if he or she tries to follow you or interact with your pins.”

A reporting feature has also been added to the popular site that allows users to report images that they deem inappropriate, using the same flag option. New email settings have also been introduced, something that will be a relief to many users who bemoaned the amount of mail they receive from the site. Salesforce.com announced yesterday that it is to allow 20 analytics vendors the opportunity to use its recently formed “Marketing Cloud” as a tool for social network monitoring, analysis and campaign tracking.

The Marketing Cloud now has the capability of allowing companies the ability of listening to and engaging with customers on social media platforms. This is in some part due to two acquisitions made over the past year or so; Radion6, a social media monitoring and engagement firm and Buddy Media, a social media management company.

20 further partners have also been introduced to the cloud that offer deeper “analytic capabilities” that Salesforce.com currently don’t. Customers can pay for services through a credit-based system: “The Marketing Cloud basic edition–which includes social listening, engagement, advertising, workflow, and measurement capabilities and starts at $5,000 per month–now includes 1,000 partner credits good toward add-on packs. Additional blocks of 10,000 credits can be purchased for $100 per month.”

IT struggling with the move to mobile

Mobile continues to grow massively in popularity and this is having a serious impact on PC sales this year, as more and more people gravitate towards using a smartphone or tablet for their internet use.

Many of the tech industry’s big boys are struggling due to this with Intel, Microsoft, Google and AMD all reporting less than encouraging revenue for the last quarter. However, tablet and smartphone dominators Apple are struggling less with their profit margins and more with attempting to keep up with demand, as the public continue their love affair with mobile devices.

Amazon, being not so hardware-based, and eBay are thought to also be successfully reaching mobile users, with a reported 800,000 shoppers buying on the auction site for the very first time on some kind of mobile device.

“Companies are realizing that it is not easy to find a formula that works with mobile,” Gartner analyst Carolina Milanesi said. “Mobile is not proving to be as straightforward as people thought.”

The hardest hit of course are those that have traditionally made parts for PCs, but it seems that other companies are also struggling to reach the mobile market, in particular Google, who have seen a drop in their search revenue.

However, Google CEO Larry Page said that the shift was just a signifier of a “new reality” and that a new long-term opportunity for advertisers was opening up with mobile. He went on to say that it’s really just a case of reaching the “right audiences at the right time”.

It’s interesting to think that PCs are on the decline; whilst many people may not use PCs at all for surfing, gaming and social networking, businesses still have a huge need for them (you would have thought) in order to be able to work efficiently, depending on the nature of the business.

What do you think? Could you live without a PC or Mac and just access everything you need online via a tablet or smartphone? Let us know in the comments box below.

Yes, we know we usually give you a nice, funny video every week but we thought it would be interesting (and fun, if you’re a geeky type) to see an infographic on how the recent Gangnam video by Psy went viral.

Of course, we reported on Gangnam some weeks before it really took off (insert smug grin here), showing the video along with the news that it was tipped to be the first South Korean music track to reach number one in the UK (which it did).

Need help with your social media marketing? Hire us today.