18 -year-old Kristen Neel has been forced to close her Twitter account, after the teenager from Georgia received a huge amount of backlash following comments on the re-election of President Obama in the United States. 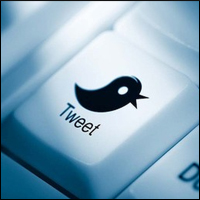 Kristen somewhat misguidedly tweeted “I’m Moving to Australia, because their president is a Christian and actually supports what he says”.

It seems that many Aussies didn’t agree and within hours the US teen was treated to an onslaught of corrections, pointing out that not only is the Australian Prime Minister, Julia Gillard, is a woman, but an atheist to boot.

Ian Cuthbertson, TV editor at The Australian, responded by tweeting:

“@KristenNeel_ Our prime minister is a woman, an atheist who lives with a man she hasn’t married. I don’t think you’d like it here”.

Following the rather, er, wrong tweet, Kristen received such a huge amount of tweets correcting her (and no doubt some weren’t very nice) that she was forced to close her account.

Her account ‘went viral’, receiving more than 1400 retweets from amused Twitter users across the world. A similar message to the corrections made has also been circulating on Facebook. Staying with Twitter for the moment, thousands of users received warning emails that their account had been compromised and passwords reset. However, it seems that the social network got their facts a little bit wrong (or perhaps they were being over cautious) as whilst some accounts had been attacked, many people who weren’t still received the warning.

Twitter has made no comment on the size or source of the third party compromise and refused to give out any details on the issue.

In a statement, it said:

“When we believe an account may have been compromised, we reset the password and send an email letting the account owner know this has happened along with information about creating a new password. This is a routine part of our processes to protect our users.

“In this case, we unintentionally reset passwords of a larger number of accounts, beyond those that we believed to have been compromised.

“We apologise for any inconvenience or confusion this may have caused.”

It seems that the affected accounts, one of them being the BBC, may have been caused by a phishing scam; emails that purport to be from a real source and can look very genuine.

Image-driven social media site Pinterest are bringing out ‘secret boards’, just in time for the festive season; something that its users have been asking for since pretty much day one. The new boards allow users to create up to three secret boards that they can share with family and friends, should they want to.

“When you add a pin to a secret board, it won’t show up anywhere else on Pinterest—the only place you can see it is on your secret board. Right now, you can’t make existing boards secret because others people may have already repinned from your board,” says Pinterest.

However, once a board has been set up as private, although pinners can invite friends, they can’t make it public. You might notice that if you login to Pinterest there’s now a “Secret Board” box towards the bottom of your profile. You can also make a board secret when following the usual process to add a new board.

On mobile apps for iOS and Android there’s a button in the boards tab to make a secret one. Whilst users of Pinterest have been hankering after a secret facility for some time, Pinterest has taken its time in creating one.

However, this is an ideal time to launch the new service as users can now effectively create a visual Christmas shopping list, which they can share with other members of the family. Think Mum and Dad sharing ideas as they come across them for the kid’s pressies.

“We hope that secret boards will make Pinterest even more useful. You can use secret boards to keep track of holiday gifts, plan a special event, or work on a project you aren’t yet ready to share with the rest of the world. You can keep your secret boards to yourself or invite family and friends to pin with you,” says Pinterest.

Samsung has knocked Apple’s iPhone off its top spot on the smartphone tree, with the Galaxy SIII outselling the 4S for the first time and making the SIII officially the most popular phone in the world, according to research firm Strategy Analytics.

In Q3, Samsung sold a total of 18 million models, compared with Apple’s 16.2 million; however, it’s thought that the iPhone 5 will eventually catch up and outsell the Samsung.

Many experts believe that the S3 only sold so well is because users were waiting for the next incarnation of the iPhone, which was launched during the same quarter. It’s thought that Apple will catch up before the end of Q4, especially with the festive season almost upon us.

The Apple iPhone 5 has already got off to a solid start and “we expect the new iPhone 5 to out-ship Samsung’s Galaxy S3 in the coming fourth quarter”, said analyst Neil Mawston.

“Apple should soon reclaim the title of the world’s most popular smartphone model,” he added.

However, the S3 is quite frankly a beautiful bit of kit and perhaps Apple shouldn’t be too smug just yet, until the next figures are in at the end of the next quarter.

The phenomena this summer that was 50 Shades of Grey even outsold Harry Potter in the fastest selling charts. Whilst obviously many women across the world love this example of literature (I’m not one of them, btw), others criticise it not only for the terrible prose, but also as it constitutes abuse towards women, making this somehow acceptable.

However, political debating aside, we thought that you might enjoy this parody – I did.

Looking for a social media marketing agency? Get in touch with our team of digital marketing experts.