An Update On The Snapchat Scandal

Snapchat has finally apologised for the security breach which saw millions of user details leaked at the start of the month. An updated version of the app has now been launched, which enables users to opt out of the Find Friends feature, which links their phone number to their usernames. Here is an extract from a statement released on the company’s official blog:

“Our team continues to make improvements to the Snapchat service to prevent future attempts to abuse our API. We are sorry for any problems this issue may have caused you and we really appreciate your patience and support.” 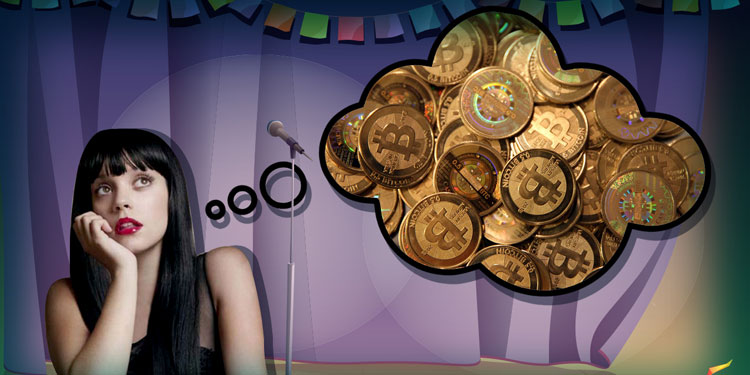 Online Marriage Proposals Are On The Up

It’s a fact of modern society that we use social media to document and share everything that happens to us. But what might come as a surprise is the extent to which technology plays a part in these events. According to a recent study by Chilisauce (a company that specialises in stag and hen events), 15% of women in the UK would prefer that their boyfriends propose marriage via a device of some kind. 40% of these women stated that they would like a proposal on Facebook or some other social network, while 35% said they would be happy if their partner popped the question “over the phone”.

Elaborate proposals didn’t inspire much enthusiasm, with songs, dances and poems each only appealing to 6% of the 7,000 people interviewed.

It seems we are fated to be continue talking about crypto-currencies for a while longer yet, and a rather unexpected voice joined the conversation on Sunday: pop star Lily Allen. Allen tweeted; “About 5 years ago someone asked me to stream a gig live on second life for hundreds of thousands of bitcoins, “as if” I said. #idiot #idiot”

Five years ago, Bitcoins were a completely unknown property with little to no value. However, one hundred thousand Bitcoins nowadays would be worth approximately £55,356,500. No wonder she’s kicking herself!

The Coolest Gadgets At CES 2014

More than 3,000 companies rocked up to exhibit at this year’s Consumer Electronics Show in Las Vegas. Wearable tech continued to be one of the most talked about tech trends, with the Pebble Steel Smartwatch impressing many guests. The Kickstarter-funded original Pebble was innovative but ugly; the stylish Steel version takes care of this.

Biometrics were another popular area at CES. While fingerprint-scanning technology has become mainstream (and therefore passé) thanks to products like the iPhone 5s, alternatives like iris-scanning are having a moment. EyeLock’s myris Iris Scanner is a portable, handheld device that plugs into computers via a USB and enables you to use your eye as a password. According to EyeLock, this is an even more secure biometric system than fingerprint-scanning.

Unfortunately, a large portion of the innovative ideas showcased at CES 2014 were overshadowed by the brief but memorable onstage appearance of Hollywood director Michael Bay, who declared he would “wing” his endorsement of the new curved screen Samsung TV after the teleprompter broke. He lasted a matter of seconds before walking offstage.