Saturday Social – Who were we all tweeting about this week?

Former South African president and global inspiration Nelson Mandela passed away on Thursday, aged 95. #RIPNelsonMandela was the number one trending topic on Twitter on Friday, while #Madiba made the top ten; many mourners chose to celebrate both the man and his remarkable legacy by remembering his words, and created the #NelsonMandelaQuotes hashtag:

“A good head and a good heart are always a formidably combination.” 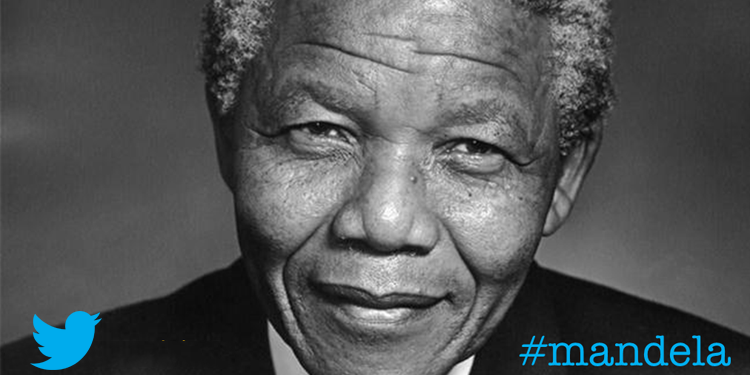 “Know your enemy – and learn about his favourite sport.”

“In my country we go to prison first and then become president.”

Twitter is on Tom Daley’s side (more or less)

You all know the story by now. Olympic diver and national-treasure-in-the-making Tom Daley posted a YouTube video on Monday, in which he announced that he is in a relationship with a man. The internet was soon abuzz with praise for the young sportsman’s candour, speculation over who this mystery partner could be, and a variety of less gracious commentary.

The most interesting thing about this whole affair though, is not Daley’s revelation itself, but the means by which he delivered it; on his sofa, using a smartphone. No managers, writers or PR team were needed – Daley knew what he wanted to say, and so he said it directly to his followers. It will be interesting to see whether other sports stars and celebrities will follow Daley’s lead and take the often overthought matter of image management and fan engagement into their own hands.

Another celebrity who garnered a great deal of support from Twitter this week was domestic goddess Nigella Lawson, who made headlines simply by walking into court (game face firmly on). It’s been a tough old week for Nigella; not only did she have to give evidence against two former employees in a fraud lawsuit, she also had to address those nasty cocaine rumours circulated by her rotter of a husband, Charles Saatchi. And it turned out they were true; Nigella admitted to having taken Class A drugs, but denied ever having been an addict. Either way, the internet still loves her – even the parody videos (like the “Higella” short film posted by web tabloid The Kernel) seem to have been made lovingly. #TeamNigella is clearly going strong.

Time announced their Person of the Year. And no, before you ask, it wasn’t the horse that kicked Dappy from N-Dubz in the face. I know, I know, it’s a travesty. Instead, the honour went to Egypt’s General Sisi, who beat competition from other high profile contenders such as Miley Cyrus, Malala Yousafzai, Angelina Jolie, Barack Obama and Vladimir Putin.