Say Ello to the New Kid in Social

In recent years, we have seen surges in social media popularity, with social giants such as Facebook and Twitter being in the homes of over 1.9 billion active users. Platforms such as these seem to be the “be all and end all” when it comes to the future of social interaction. With the ease of tweeting, commenting, posting and pinning, users now don’t even have to get out of bed to hang out with their friends.

This is what the average social media user would believe is the core value of social networks. However, social giant Facebook came under scrutiny in June this year for supposedly manipulating the feeds of over 689,000 users in the space of one week, as part of an emotional contagion experiment. Ultimately this brought about a seemingly unsolvable issue with trust between the user and the giant platform. 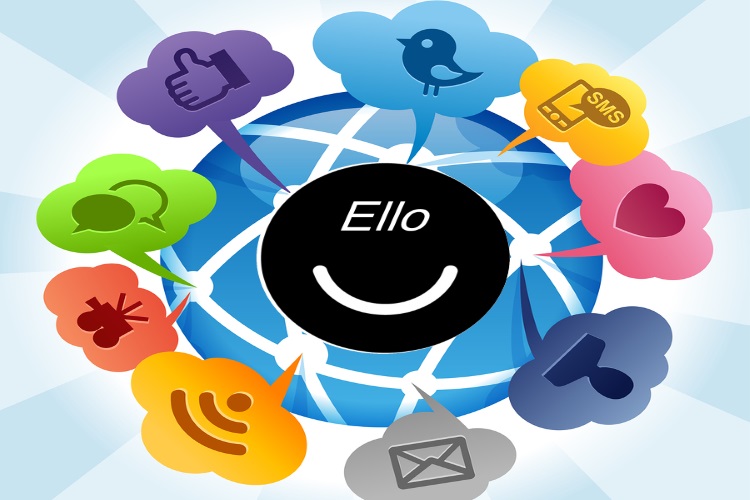 Looking to capitalise on this mistrust, 46 year old Paul Budnitz thought he would be the next entrepreneur to take on the crowded field of social platforms with his new network – Ello. Launched just under two months ago, Ello is a brand new network claiming to offer the same social interaction you would see on Facebook and Twitter, yet simplified and without any advertisements. In an interview with Beta Beat, Paul Budnitz claimed that this new network will not be involved in the typical ad revenue models seen with social platforms, in a bid to avoid one of Facebook’s most disreputable mistakes.

Other features of the new platform include; simple commenting, improved error handling, an enhanced user discovery and a new ‘noise’ section, in which users can create lists of influential or interesting users. The new site seems to have taken off rapidly after the shortcomings of Facebook’s scandal, showing that in a period of 6 months they had only had a little over 4,000 user requests, in comparison to the 27,000 requests per hour they then received post Facebook scandal. Even though it is still in its beta phase, Ello seems to be creating quite the buzz in the social stratosphere – it has appeared in the top five most searched results on Google, and there have also been rumours of people actually selling invites on Ebay. So why such the buzz? Well that’s simple, the fact that it is new immediately grabs the attention of all tech enthusiasts. Add this to the fact that it is competing against such a giant in this industry, and you can see why such a buzz has been generated.

It also couldn’t of come at a better time; with the mistrust of Facebook,  Ello has stuck a core value of “we don’t use your information or advertise on this network” as a way to defer users away from Facebook, and toward this supposedly cleaner, more trustworthy platform.

So just how big could Ello get? Honestly, I wouldn’t put it down as being a heavy competitor of giants such as Twitter and Facebook – we have seen many a network try and creep its way into the market before without much success. Take App.net as an example, this platform basically offered users a form of twitter with longer character options. This network then saw a closure due to the low number of subscriptions. Path is another competing platform that also uses Ad-free services as their USP. To date, Path claim they have 5 million active users, which in a way is a success, but not if you are comparing that to the £1.3 billion plus users on Facebook.

Ello in my opinion doesn’t seem to offer any new innovative network value, and I don’t think it will see the popularity of Facebook and Twitter. At this minute in time, the buzz around the platform does seem to offer it some kind of prosperous future, however, this may just be down to very good timing in terms of Facebook’s failings, as well as the fact it is the new kid on the block in terms of the social web.

Jeffry Van Der Goot offers an opposing Ello article, based on the disastrous design of Ello; of which a lot of points I can agree with. I believe the lack of aesthetics, as well as the general UX, seriously limits the attraction of this platform, and if it was to continue to penetrate the market, it would need a good spring clean and redesign, which it may well have after beta testing is complete, we will just have to wait and see.