The 2013 ranking study from Searchmetrics has found that the importance of keywords has fallen significantly since 2012, including those contained within the URL, domain and anchor text. 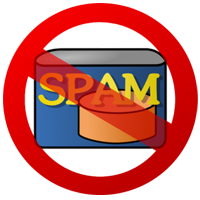 In fact, the study shows that not only are keywords within plain text links less important than they’ve ever been, but can have a negative effect if used excessively. Rather than valuing “hard keyword” optimisation, the study shows that Google now puts much more emphasis on natural link profiles.

Brands are the exception

However, as with last year, it seems that brands hold a more privileged position again this year, with Google apparently considering it natural for brands to have more backlinks with the name of the brand in the link text.

With regard to social, SEO professionals have believed for some time that it has some bearing on rankings and this has proved to be the case, according to the study. URLs with a high mass of social signals such as shares and tweets perform better than those that don’t.

Facebook shares seem to have more relevance than tweets and G+ is also a good indicator. However, there isn’t any evidence as yet to show that Google Authorship has a strong influence on ranking, although this is expected to change in the future. It’s thought that G+ will continue to rise in significance, overtaking Facebook by 2016.

Unsurprisingly, good, high-quality content continues to correlate with good rankings, with even more emphasis placed on content in 2013 when compared with 2012. Content that performs well generally has a higher word count, as well as the inclusion of other types of media, such as images and video.

Confusingly, this doesn’t seem to apply to high-ranking brands though, as it was found that those in the top position had around 100 words less than those in third place.

Sites with a high number of images, both embedded in the content and not, performed much better than those without, proving that a good mix of media on a site does pay off.

Shorter titles also consistently perform better than those with long titles and keywords remain relevant here and should be positioned as close to the beginning as possible. However, whilst keywords within the title text are still relevant, they have been devalued when compared to previous years.

It’s also important to have a good internal link structure and whilst the number of quality backlinks remains relevant to rankings, this is “subject to evolution”. This means that backlink profiles should be highly relevant and as natural as possible.

Website structure and build remain one of the most important aspects to achieving good rankings and this is set to continue. The technical side of building a site and on-page factors remain the cornerstone of ranking well, although this in itself is not particularly a ranking factor, it’s more a case of “must meet criteria.”

For those sites that don’t meet the criteria, they will be viewed in a negative light by Google and therefore unable to achieve good rankings.

Pages that load fast are also likely to perform well, as do those that make use of H1 and H2 and the overall relevance of a keyword contained within a document to the rest of the content on the site.

Apart from high-ranking brands, it was found that pages that appear in top search positions tend to have a comparably greater number of internal links that those which rank lower.

Sites with a strong menu structures and internal links in the footer performed well, as did those with internally-linked keywords.

Overall the study hasn’t really thrown up many surprises this year and many in the SEO space will already be working in such a way that correlates with the results of the study. Content is even more important to good ranking, especially that which makes use of multimedia.

The technical aspect of a site is also important, as is backlinking and internal links. The use of advertising was found not to have such a negative impact too this year and the use of AdSense on a site was found to be pretty neutral when it comes to how a site ranks.

With regard to backlinks, those that linked with the same anchor or keyword text now look unnatural to Google, whilst those that made use of soft words performed better. Additionally, those sites that contain backlinks from a site with high SEO visibility appear to be significantly more valuable than links from low SEO visibility sites.

MySocialAgency are a UK based social media agency. Get in touch today to see how we can help turbo charge your marketing.