Social Media and the Law

Protect your business from lawsuits & fines

By now, many businesses use social media as one of their primary marketing channels, as well as for vetting and monitoring employees. However, the casual nature of the medium may cause some to act in a manner that would be considered unlawful in a number of ways. 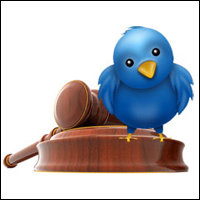 The most obvious of these would of course be intellectual property law, images for one are sharing profusely around social media and a company may inadvertently be using an image that is protected. This means that it’s always worthwhile checking the source of an image and giving credit where it’s due before posting.

However, it’s not the only pitfall when it comes to the law and social media, there are a few other areas in which a firm has to exercise caution before taking steps.

One of these is within employment law. These days, lots of companies feel the need to vet prospective employees via social media before giving them a job, but this can lead to a couple of issues when it comes to the law.

Facebook and LinkedIn are the most commonly used sites when it comes to employers looking up a worker. In the first instance, employers often study a person’s digital identity in order to establish whether they are the kind of person they are looking for on numerous levels.

However, a person’s social media profiles shouldn’t be used to employ someone on the basis of discrimination. So if a company chooses someone because of their age, sex, religion, marital status, political beliefs and so on, then it’s discriminating and breaking the law.

The same goes for advertising a position just on social media. The danger is that by using an online-only facility, a company may be marginalising those who don’t use social. This also counts as discrimination so it’s always a better idea to advertise a position using various mediums.

Another issue when it comes to employment is that firms should take care not to infringe on the privacy of their employees. We’ve all heard those stories about workers who have faced dismissal in the wake of a poorly considered comment on Facebook or Twitter. The best way to approach this is by prevention, rather than cure.

– Asking the employee to sign a confidentiality clause in their contract

Making it clear what’s acceptable up-front is the most effective way to address what your employees say on social media. Make it very clear that the company takes a dim view of being mentioned in any light that could be construed as negative.

There have been quite a few incidences where employees have been successfully fired in following a comment on social media so of course a company can take action, it’s simply more effective to avoid the situation in the first place.

If you find a comment which is disparaging about your company on a social media site, then it’s advisable to take screenshots so that you have firm evidence available when it comes to confronting the employee.

There are also the social sites themselves to consider as, often, they have their own set of guidelines and rules that businesses must follow. In order to ensure that you’re acting within the guidelines, keep a copy of each and ensure that they relevant staff are familiar with both the law and each site’s rules that they post to.

Finally, if you do find that someone within your organisation has posted something that could be considered unlawful, make sure that it’s removed immediately. Like every part of business, social should be undertaken only after strong planning, employee training and a social strategy and guidebook have been produced.

My Social Agency is a digital marketing agency based in the UK with offices in Leeds and London. Get in touch today to learn more about our social media services.