The International CES (Consumer Electronics Show) is the world’s largest consumer technology tradeshow. This year, it ran from January 10-13, in Las Vegas. Here’s a quick run-through of 5 of the most interesting new gadgets featured, each with potential to further advance the dynamic world of social media.

The Nikiski notebook features a big transparent glass palm rest – which also works as a touchscreen. Intel have patented a technology that they call “palm rejection technology, that means the gadget can tell the difference between fingers (for the touch-screen) and palms/wrists (which it ignores.)

The nifty thing is that the see-through touchscreen also works when the laptop is closed – and you can use it to check social media and emails, and view key information without opening the computer. Though touchscreens are notoriously charge-guzzling, Intel say that “we’ve done a lot of work to keep the power usage low.” The backlight for the part of the screen that you can’t see when the laptop is shut will turn off as part of the final version.

The Nikiski is currently at the prototype stage, but it’s launch is planned for this year, with a price point of somewhere around $700

Social media is all about sharing the moment, and here is a camera that you can take out and about on adventures to get the best pics for either your personal profile, or for business and social media marketing.

Worrying about damaging a camera can be a limiting factor when we decide where and when to take it with us – but no longer. The Olympus Tough TG-320 is “shockproof, waterproof, freezeproof, and virtually indestructible”.

In terms of actuals picture-taking capabilities, it features a 14 million pixel sensor and HD video recording.

A product for the more hardcore gamer, Razr states that the Fiona Tablet is “a first-of-its-kind PC gaming tablet with integrated dual controllers is definitely not for playing casual games about unhappy birds or zombie-killing flora.” And “You’ll be able to carry out head-shots and command troops in-game with ease”. Great, let’s off road.

Yet another technology with big implications for social media, both in terms of use and broadcasting, is Fulton’s improved set of technologies allowing wireless inductive charging.This kind of technology means that in the future, devices will simply have more useful time available, as there will be more options for charging them. Demonstrations will include a car equipped with metal charging surfaces, along with the charging technology being used while gadgets are inside a handbag.

Another product from CES 2012 that made quite a buzz on social media is HzO’sWaterblock technology. It’s a nano-level seal application that’s applied by vacuum process to gadgets after they’re manufactured. While the technology is still being perfected, it’s pretty nifty already, with demonstrations showing smartphones and tablets working just fine while submerged. 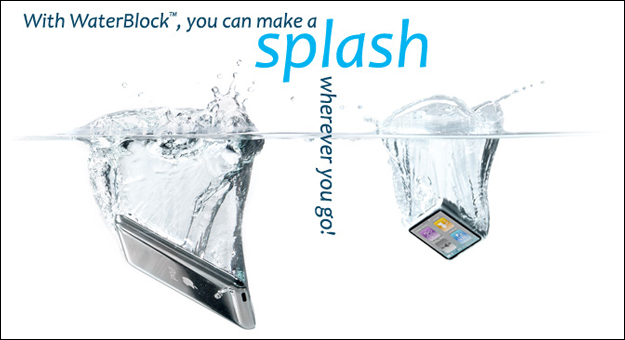 Which product made it to your favourites list? Tell us in the comments section below.