The big news this week has been the theft of more than 6 million passwords from LinkedIn; the encrypted passwords were posted on a Russian forum, where the thieves invited the hacking community to help them crack the encryption.

LinkedIn got on the case very quickly, to give them their due, and immediately confirmed the breach and issued emails to affected users with password reset links. However, unsurprisingly, this has led to an immediate slew of phishing email doing the rounds, so should you receive a reset link, please do ensure that the URL is a genuine LinkedIn address and contact the professional network if you’re unsure. 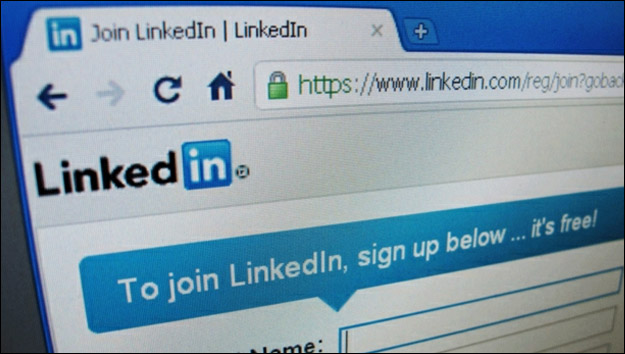 The recent Facebook IPO has not been out of the headlines since the social network floated on the stock market a few weeks ago. Now, a spam status is finding its way into everyone’s newsfeed that warns that now that Facebook has gone public, this means that everything a user posts will be publically accessible to anyone in the world.

Of course, going public means nothing of the sort and Facebook users would be wise to ignore this, which is little more than annoying and not a threat, as it is a hoax.

The lately notorious Flame malware, described as the most complex worm ever discovered, has been issued with a ‘suicide’ feature that wipes all traces of it on machines it has infected. Whilst Flame was first thought to by a cyber-weapon, similar to Stuxnet which attacked Iranian nuclear power plants, it’s now thought that it’s nothing more than an information collecting tool.

However, the sheer complexity of the coding used in Flame (which is similar to both Stuxnet and Duqu) created some initial media panic as it’s thought to be state-sponsored. Security experts say that there is little doubt that this is the case and the US has denied any involvement, although Iran was quick to point the finger at Israel. Iran was by far the most attacked country to be affected by Flame and whilst the malware’s Control & Command servers can ask it to perform hari kari, machines which are being investigated by security experts have disabled that capability.

Facebook has launched a new app centre designed to help users find available software on the social networking site. The service will roll-out in the US initially, with the UK and other countries following soon after.

It’s thought that the new service is designed to help boost the social media site’s revenues, as they take a 30% share from in-app purchases made using the site’s credit system. Apps will be recommended to people based on which are most popular and what their friends are using.

“Every app in the App Centre has screenshots and a detailed description, so you can learn more about it before installing it,” said Matt Wyndowe, Facebook’s product manager for apps and games.

Search big-wigs Google have announced a new warning system which alerts users if the search engine thinks that they may be the victim of a state-sponsored attack. The new alert will display a bar across the top of the browser, above the address bar, which gives the following warning:

“Warning: We believe state-sponsored attackers may be attempting to compromise your account or computer”.

Whilst this sounds very cloak and dagger and will have some users feeling like they are in a Bond film, Google are quick to point out that the warning could appear for something as simple as a phishing attack. The search company say that they can’t reveal how they know attacks are state-sponsored as they “can’t go into the details without giving away information that would be helpful to these bad actors, but our detailed analysis—as well as victim reports—strongly suggest the involvement of states or groups that are state-sponsored”.

The International Olympic Committee (IOC) has said that it will stream the Olympic Games, to be held soon in London, live on YouTube. Sixty-four African and Asian countries will have the opportunity to watch the games on computers, tablet and mobile devices in real time, for the first time ever.

The games will be shown for free on eleven different HD channels in countries where TV channels don’t already possess digital rights to show the games.

Whilst we were tempted to bring you the time lapse of the Olympic village being built, we saw this and just couldn’t resist. Think you can park, this guy makes parking uber-cool and has sliced an impressive 7cm off the previous Guinness World Record for parallel parking.

Han Yue, from China managed to squeeze a mini into a space measuring just 15cm, which is 5.91 inches longer than the car, during the launch of a new special edition Mini called The Chinese Job, in Beijing.

My Social Agency is a digital marketing agency based in the UK with teams in Leeds & London. Get in touch today to learn more about our social media marketing services.