Monday may very well become internet doomsday for some people still infected with the DNSChanger trojan, which was a huge botnet taken down by the FBI in November after which they changed the Command and Control servers to their own, in order to give people time to clean up their machines.

It’s thought that around 300,000 machines are still affected worldwide and when the FBI finally shut down the servers on Monday, these people will then be unable to access the internet.

DNSChanger basically rerouted the DNS requests to the servers of the cyber criminals involved in the case, which then served up spam and scareware (such as false virus warnings) to infected machines. The trojan is simple to clean and can be done so via a link on the FBI’s website, there’s also a utility to check whether you’ve been infected so if you suspect you may have been, go check it out.

Google has denied claims that the Android platform has been hit by a spamming botnet, the first ever to use smartphones as a platform. The discovery was made by Microsoft’s Terry Zink, who says that it’s more than likely due to malicious apps that people have downloaded in order to avoid paying for legitimate apps.

However, Google claim that the spam originates on PCs and not on Android, certainly not on Google Play which has a wonderful reputation for its app security and submission process (there’s that sarcasm again, must watch that).

This was also backed up by Chester Wisiewski of security firm Sophos,who pointed out that “there was evidence to suggest it came from smartphones.”

Facebook has made an investment into an undersea Asian cable project, which spans 6214 miles and is designed to improve internet speeds for the Asia Pacific Gateway (APG) region. The social networking firm said that the move was intended to further improve its efforts in “one of its fastest growing markets”.

“Our investment in this cable will help support our growth in South Asia, making it possible for us to provide a better user experience for a greater number of Facebook users in countries like India, Indonesia, Malaysia, the Philippines, Hong Kong, and Singapore,” a Facebook spokesman said.

It’s not yet known how much cash the company have put into the project, but it’s thought that alongside a consortium, the figure stands at around £280m – however, Facebook will not have put that entire amount in.

ACTA kicked out by EU

The European Parliament has voted a resounding no to the controversial Anti-Counterfeiting Trade Agreement (ACTA), which targets online piracy. The agreement has come in for widespread criticism since its inception, as it’s thought to infringe on civil rights.

478 MEPs voted against ACTA, with only 39 saying yes and 165 members choosing to abstain. The agreement is a multi-national one which has already been signed by a number of member states; however, just like US act SOPA, it has come across a huge amount of opposition from internet companies and consumers alike.

According to Jim Killock of the Open Rights Group, following the vote, several MEPs stood up and held up banners saying “Hello Democracy, Goodbye ACTA”. 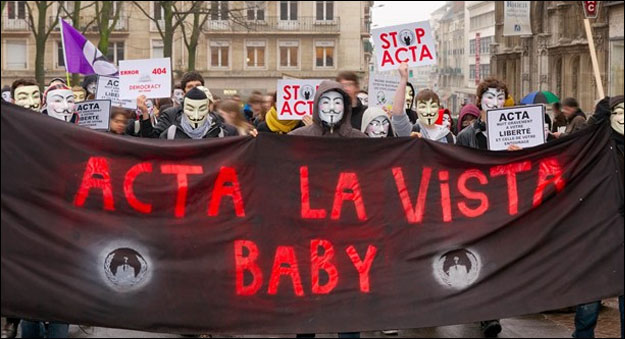 Whilst nobody is suggesting that piracy is right, laws to govern intellectual property have sprung up around the world following pressure from the movie and music industries to protect their IP rights.

However, infringement is more of a civil matter than one pursued through the invention of new laws, so that movie moguls and such like can spend millions taking criminal action against citizens the world over.

The issue is whether the USA has the right to extradite a British citizen for an alleged crime committed in the UK, not in America.

The censorship row has been threatening to get out of hand for some time now – technology firms argue that censorship of the web will stifle innovation in a booming industry and rights groups that it is an infringement on civil liberties.

UK copyright laws are due to be reviewed next year to bring them more in line with the internet age – let’s hope they are adjusted to be fair to all parties and comply with law and civil rights, rather than appease powerful movie dynasts.

And now to a compilation of ‘epic fails’ for the month of June; whilst some are funny, others look painful and more just plain dangerous. However, nobody was seriously hurt in the making of the compilation, although it seems that the biker showing off his wheelie skills got lucky.

My Social Agency is a digital marketing agency based in the UK with offices in Leeds & London. Get in touch today to learn more about our social media marketing, app development, seo and web video production services.