Prince Harry has allegedly deleted his personal Facebook account, which he kept under the pseudonym ‘Spike Wells’, in the wake of the Vegas naked photos, according to a report from the Daily Fail Mail. 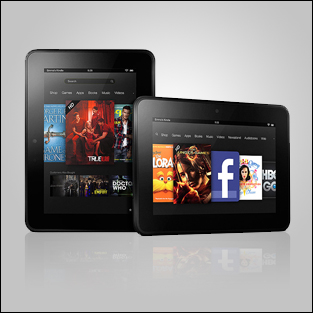 The partying Prince is said to have closed his account on the advice of an assistant, along with two of his close friends who had accompanied him on his trip. The paper also states that the Prince is “terrified” that further evidence of his partying antics will be leaked.

Many UK newspapers decided not to print the pictures showing Harry naked, although they are freely available online, but the Sun decided to buck the trend and print as they say the naughty pics can be accessed anywhere anyway. Obviously the decision had nothing to do with selling more of its newspapers.

The question is, who cares? Whilst Harry may be a monarch, he’s also a young man and personally, I think he’s entitled to have fun whilst he’s young and carefree, like the rest of us have or do.

It’s Speculation 101 time again with the rumour mill hotting up once more on the subject of Apple’s next product launch. The iPhone 5 is said to have a quad-core processor (like the Samsung Galaxy III) and possibly a bigger screen this time, but according to some sources, aesthetically it won’t be hugely different.

However, much of the recent speculation has also been surrounding the possibility of an iPad mini, with a 7” screen intended to hold off any possible competition that the latest Kindle Fire models might present. The iPad mini is rumoured to be ready for launch at the same time as the iPhone 5 in October and some analysts believe it will eventually outsell the regular iPad. In fact, according to Forbes, it’s unlikely that Amazon’s aggressive sales tactics will unseat Apple from their tablet throne anytime soon.

Saying that, the same source also reckons that it’s unlikely that Apple will dominate the mini-tablet market in the same way as they have the larger. e HD” />The new Kindle Fire HD range has finally been announced in the UK, with one of the models to be made available for sale in October (should be a really interesting month, what with Surface launching too).

The Amazon tablet will be available with a 7” or 8.9” screen and the smaller model, with 16GB storage, will cost around £159 in the UK. However, the larger model will only be released in the US in November and won’t be available in the UK.

Both models feature advertising on lockscreens, something that it’s thought will put many buyers off. The Fire HD has 2 Wi-Fi antennae and a HDMI port, making for ease of connection to a TV, something which has always been lacking in the iPad, or any kind of connectivity at all, barring Wi-Fi, come to that.

“On paper the Kindle Fire HD is a good product but we shouldn’t get carried away,” Chris Green, principal analyst at Davies Murphy Group Europe told the BBC.

“The Android market is deeply competitive and there are better speced (sic) models out there, so it’s not going to run away with the whole market.

“Also we have still to hear from Apple about its new iPhone and a rumoured smaller iPad, both of which will impact sales.”

Another analyst suggested that Amazon have been “spooked” by the arrival of the Nexus 7, calling the latter “a much more capable device”.

Botnet controller jailed in US

A man who controlled a botnet which took control of more than 72,000 PCs has been jailed in the US for just 30 months. Joshua Schichtel rented out many of the infected machines which can be used for purposes such as sending spam or stealing bank details and identities.

The accused admitted to selling access to the machines, which were all a part of his overall larger botnet, according to a statement from the US Department of Justice. Following his jail term, he will be kept under supervision to ensure that he can’t continue to practice his cybercriminal activities.

However, the sentence seems light when compared to the recent jailing of British man, Anton Vickerman, who set up Surfthechannel.com, a file-sharing site. He was imprisoned for 4 years this week, following an 8 week trial at Newcastle Crown Court.

This once more flags up the issues on cybercrime that seem weighted in favour of powerful conglomerates. Whist botnets have the power to take down websites and steal vast amounts of cash from ordinary people, file-sharing is the theft of intellectual property, which, whilst it has monetary value of course, is not as dangerous to your average consumer as a botnet.

In fact, botnets such as the infamous Conficker Worm had the potential power to take out the entire internet, causing chaos around the world as national power grids failed and essential services would have been cut off.

Whilst the cases above are situated in different countries, the values of each remain the same, just look to the case of Megaupload to see how determined the US are to catch file-sharing ‘pirates’.

At the moment, UK man Richard O’Dwyer is currently appealing against extradition to the US for running file-sharing site TVShack.com and could face up to ten years in a US jail if extradited.

The 24-year-old student from Sheffield has an online petition with almost 250,000 signatures from UK citizens opposed to his extradition. O’Dwyer hasn’t committed any crime on US soil and has not been prosecuted for any crime in this country, so it does seem unjust that he should have to answer charges in a foreign country for his ‘crime’.

Nokia have ended up with egg on their face this week as it emerged that an ad for their Lumia smartphone was faked. The smartphone makers were forced to apologise after tech site The Verge noticed that a white van with a DSL camera set-up was actually filming a happily cycling couple and not a Lumia as claimed.

Nokia has since issued an apology and added that they should have included a disclaimer along with the ad.

The little fellow in the video below clearly has issues and isn’t prepared to give up until he gets exactly what he wants from Mr Frog… will he, won’t he? Watch and see!