This week’s biggest story has to be the news that Facebook filed for its long-awaited IPO, valuing the social media company less than the expected £100bn at somewhere between $85-95bn. This puts shares at $28-35 apiece and there’s expected to be something of a rush by investors to grab a slice of the 10% pie. 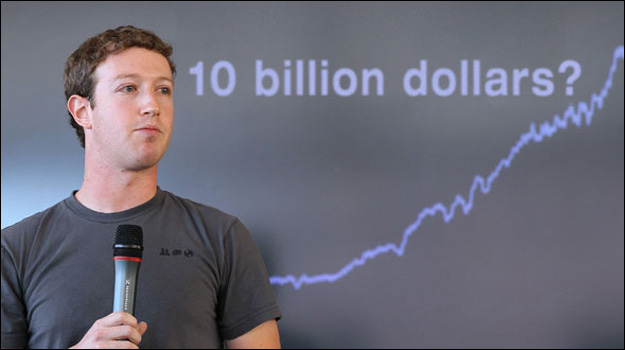 Some potential investors have questioned the long-term growth viability of the world’s biggest social network, as Facebook reported a drop last quarter. Facebook say that they are looking to the mobile platform for future investment, its purchase of Instagram for twice its reported worth.

Mark Zuckerberg will retain his position of power with 31.5% of shares and 57.3% of voting power thanks to agreements with other stockholders.

It’s still possible the company may reach the $100bn mark depending on how the shares are bought up, as this could drive share prices up further.

The world’s biggest professional social network this week agreed a deal with professional content sharing site SlideShare worth $118m. LinkedIn was founded in 2003 and has since gone on to net around 161 million users worldwide, including all of the top executives from every Fortune 500 company.

There are no current plans to integrate the two sites though and it’s thought that SlideShare will stay as it is for the time being.

The high court in the UK has agreed with movie moguls and government that ISPs should be forced to block customer access to file-sharing site The Pirate Bay. Five top UK ISPs were included in the ruling: Sky, Everything Everywhere, O2, TalkTalk and Virgin Media and BT have asked for a little more time to consider its position.

The move has been cited as “pointless and dangerous” by Jim Killock of the Open Rights group, who says it will only fuel the censorship fire.

“Internet censorship is growing in scope and becoming easier. Yet it never has the effect desired. It simply turns criminals into heroes,” he went on to say.

Virgin Media repeated their statement from last year that they would comply with any rulings made, despite its apparent lack of agreement with the ruling. However, they were the first ISP to implement the block yesterday.

The Pirate Bay responded by condemning the ruling, unsurprisingly, and published a list of ways that users can get around the block on their website (too late if you’re with Virgin Media). The site also regularly publishes copies of the many threats of legal action it receives and appears to be committed to fighting every ruling tooth and nail.

RIM, the makers of Blackberry, has announced that it will give developers a guaranteed sum of $10,000 for apps developed for the Blackberry 10 in a bid to ensure that it has enough apps to fill the App World Store.

The store has seen a growth in apps since the beginning of the year but a quarter of these were developed for the Playbook.

New apps have to make $1000 on their own in order to be eligible for the rather tasty payday and will have to comply with RIM’s terms and conditions, as well as get the app certified, although it’s currently unclear how devs go about this.

The news was announced at the annual developer’s conference recently held in Florida and interested devs were issued with an early version of RIM’s development kit to get them started.

Finally, Samsung finally unveiled its latest version of the popular S series handset, calling it the best Android phone on the market. The new SIII has a bigger screen at 4.8 inches (previously 4.3), beating HTC by one inch on their One X.

The new device has two cameras and the one on the front features eye recognition so that the screen will not go dark or lock so long as its owner is looking at it. The rear camera has 8MP and the front has 1.9MP.

The phone also has up to 64GB internal memory and an SD slot to expand further and can connect wirelessly to Samsung televisions. It has been described as hugely important to Samsung as the pressure has been on to produce another wildly popular phone that can be considered a leader in the Android market.

My Social Agency is a modern digital marketing agency based in the UK with offices in Leeds and London. Get in touch today to learn more.