The biggest news this week has to be today’s announcement that Microsoft’s Bing has integrated Facebook into its revamped search engine. The new-look search will now be split into three sections, with web search results appearing to the left of the page, an information pane in the centre and a Facebook-style ticker to the right of the results.

The central pane allows users to display further information on their search results, such as maps, restaurant/store info and so on. However, what will be of biggest interest to most of us is the new social pane to the left of the page.

This allows users to ask Facebook friends questions on their search results in real time and Bing will have the capability of tagging friends who it thinks might know the answer. This is based upon what friends have ‘liked’ on their Facebook profile and includes information from shared photos so that people can discuss places.

The Facebook-Microsoft collaboration raises the question of whether this is the conclusion of what the Facebook team have been working on. Rumours have been circulating for weeks on how Facebook might integrate search into the social network and reports have suggested that a team of more than a dozen developers have been beavering away.

Is this what they were working on, or can we expect more to challenge Google at some point in the near future? 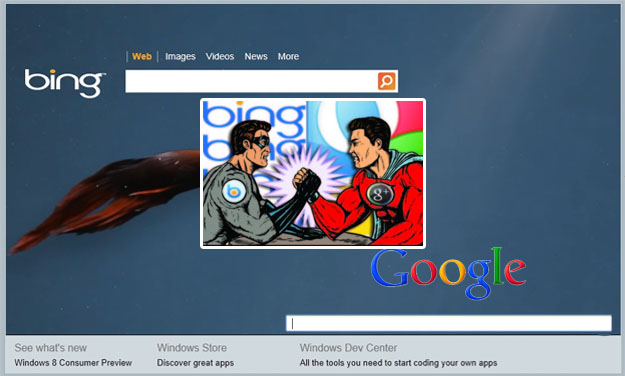 When is a hack not a hack?

When it’s carried out on Twitter this week it seems. Earlier in the week, reports emerged that five pages worth of username and password had been posted to Pastebin,which proved an apparent attack on Twitter. Some reports suggested that this was just the latest in the string of hacktivist group Anonymous attacks.

However, Anonymous were completely silent on the hack and nobody stepped forward to take the credit; a strange occurrence in itself as hackers are not well known for being shy about their successes.

The post numbered more than 50,000 email addresses and passwords, but Twitter said in a statement that none of these were linked and began sending out mail to those affected telling them to change passwords.

However, it later emerged that the data was nothing new and it was likely to have been ‘sewn together’ from a mish-mash of stolen data from early 2011. According to grey-hat hacker Adrian Lamo, the stolen data was fragments from phishing attacks which had been “sewn together into a larger list” and freshened up a little in order to be presented as something new.

This would appear to substantiate Twitter’s previous claim that many of the passwords were old data and belonging to people who had been previously suspended from the site for spamming.

A new type of malware emerged this week that effectively holds a user’s PC to ransom until the victim pays a fee. The malicious software scares users into paying up by telling them that they have been nabbed accessing copyrighted material and must now pay a fine.

The new strain is similar to recent scareware that informs users that child pornography or terrorism activity has been detected on their machine, which means they must pay a fine to avoid legal action being taken against them.

Victim computers become infected during a ‘drive by’ attack using the Blackhole exploit kit, a popular tool amongst cybercriminals. Third party plugins and browsers are targeted via security holes in programs such as Java and Adobe reader. Once the PC is infected, a further trojan, Aldi Bot, is downloaded, which steals banking information.

Whilst many of the more tech-savvy amongst us will no doubt recognise this for the scam that it is, the malware once more flags up the importance of ensuring all software is kept up to date at all times. After all, it will prove a lot cheaper to update software than pay the £50 fine that the malware demands.

Staying briefly with security, a recent study from GFI Labs found that malware and social engineering attacks on social media sites continue to rise. The study showed that this has been extended recently to include sites such as LinkedIn and Skype, whereas in the past cybercrooks have concentrated their efforts on Facebook and Twitter.

The malware takes a variety of forms and survey scams remain very popular, as do fake invitations. The release of Mass Effect 3 also saw a surge of dodgy download links appearing.

And finally, Penguins on parade

As any self-respecting geek will know, last Friday (4th May) was officially Star Wars Day. To celebrate, Edinburgh Zoo put on a special parade all of its own, penguins marching along to the Star Wars theme tune – check it out below.

My Social Agency is a digital marketing agency with teams in Leeds and London. Get in touch today to learn more about our services.