This week saw the launch of Menshn.com, a microblogging site in the vein of Twitter, by Conservative MP Louise Mensch. Co-owned by Tory digital strategist Luke Bozier, the new social media platform aims to unite users in discussions on specific topics, with politics being used as a starting point. Mensch.com also offers a 180 character limit on user generated content; 40 more than Twitter. Menshn.com is currently only available in the United States, but it is planned to be introduced to the United Kingdom ahead of the Olympic Games in London this summer.

Louise Mensch might initially seem to be coming out of left field in this new venture, but the author and politico is no stranger to discussing (and criticising) popular social media services. During the 2011 London riots, she called for Twitter and Facebook to “take an hour off”, or even be shut down completely. More recently, she spoke out about the responsibility that social media sites have to protect their users against anonymous bullies – this came after the conviction of a man who used the internet to send threatening messages to Mensch and her family.

The online backlash has been instantaneous and brutal. Mensch herself has been labelled a “narcissist” and “attention-seeking troll“ with Twitter users dismissing her business model as “undeliverable” and suggesting that the site “will only be too happy to take itself offline at times of national emergency”, referring to Mensch’s riot comments last year. There are also some doubts as to the relevance or credibility of a UK politician launching a site in the US (which just so happens to be where Mensch secured her funding).

There are echoes in Menshn.com of the Chinese microblogging site SinaWeibo, which sprang up after the government shut down other social media platforms amid social unrest in 2009, and is quick to remove incendiary content (it famously deleted a post by internationally acclaimed political artist Ai Weiwei). SinaWeibo has just introduced a small monthly user charge: the fee enables users to add personalised pages and voice recordings, but it also sets an alarming precedent for its Western counterparts, Twitter and Facebook. 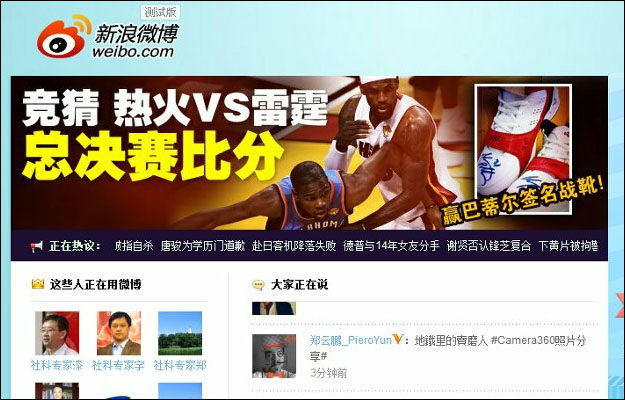 But social media analyst Mark Mulligan doesn’t think avid social media users need worry just yet. “In order to start charging for something that people expect to be free, a company has to be very confident of its market position,” he told the BBC this week. “Any social tool faces competition – Facebook has done a lot trying to emulate microblogging with its timeline features. If Twitter tried to [introduce fees], Facebook would capitalise on that and try to implement a much richer set of services entirely free.”

The question of who should profit from Twitter is also in the news for slightly different reasons this week, with football star Wayne Rooney coming under fire for passing off promotional tweets for sports giant Nike as personal content, going against regulations set by the Advertising Standards Authority. Rooney isn’t the first to do this by far: celebrity endorsements on Twitter are big business, with stars such as Kim Kardashian, Lindsay Lohan and Snoop Dogg raking in thousands simply for writing a single line of text.

What do you think? Will you be checking out Menshn.com when it comes to the UK? Should people be able to make money by endorsing products via social media? And would you pay to use Twitter or Facebook? As always, let us know in the comments.

My Social Agency is a Digital Marketing Agency based in the UK with teams in Leeds & London. Get in touch today to learn more about our social media marketing and management services.