In a move not seen coming by anyone in tech, social media giant Facebook last night acquired photo-sharing app Instagram for a massive $1 billion, approximately twice what the app is worth. 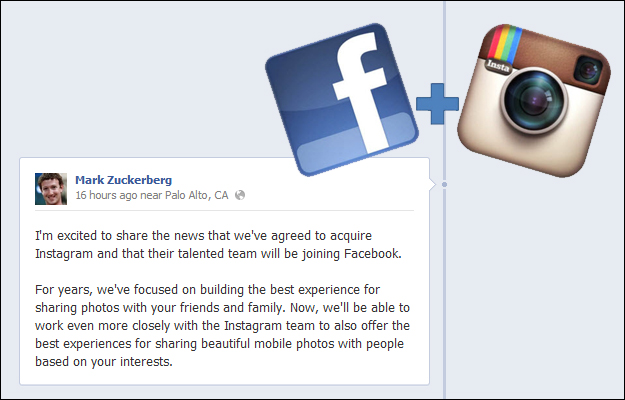 Instagram’s popularity has been gathering speed of late; it already has more than 30 million users and one million of those downloaded the app in the 12 hours following its recent Android release. However, it’s still small fish in the world of photo-sharing and social networking and the purchase has many wondering just why Zuckerberg would pay so far over the odds for it.

The answer is apparently quite simple – Instagram have succeeded where Facebook have failed, not only have they created an app that people love, but one for the mobile platform that actually works nicely.

Facebook’s apps for mobile on the other hand …

Indeed, Facebook’s photo-sharing in general tends to be buggy at all times and it’s even worse on the mobile app. Photos can’t be shared, they are only just downloadable on iOS and if my app is anything to go by, trying to comment on a photo generally results in the entire app closing itself down.

Zuckerberg, in a statement posted on his own profile, said that his social networking team would be concentrating “on building Instagram’s strengths and features rather than just trying to integrate everything into Facebook”.

He went on to say that they would be aiming to spread both the app and the brand that many people love further across the world. This drive to keep Instagram independent will also retain the app’s ability to share photos with other social media sites and have followers that aren’t necessarily on Facebook.

“This is an important milestone for Facebook because it’s the first time we’ve ever acquired a product and company with so many users,” Zuckerberg said.

Instagram was founded in October 2010 by graduates Kevin Systrom and Mike Kreiger and the app took just eight weeks to develop, although the founders experimented with ideas for more than a year before that.

Although they wanted to build a mobile photo app, their first efforts were somewhat more complex than what they would eventually end up with.

“There’s this large network underneath where people can connect and follow inspiring photographers and friends around the world,” Systrom told the Guardian last year.

“That’s what a lot of other apps don’t provide, but we’ve combined it with the effects. We tried to lower the bar for producing awesome stuff, so people can walk around with their iPhones and produce amazing pictures. The network really democratises attention: everyone from celebrities to a random guy in Japan taking pictures of his dog every day can get many thousands of followers. Taking images is the great equaliser.”

It will be interesting to see how the smart phone app evolves now it is a part of the biggest site in the world, and if Facebook will as promised keep the app a reasonably open platform.

The acquisition has shocked the tech world and there’s a lot of speculations about the new ‘dotcom’ bubble this morning, presumably as companies worry whether this will spark a new trend in buying out start-ups for surprisingly amounts of cash.

My Social Agency is a digital marketing agency based in the UK with teams in Leeds and London. Get in touch today to learn more about social media marketing and application development.