Google Plus – Why it's Failing

Google’s social media network seems to have certainly gone off the boil in recent times. The Facebook challenger really hasn’t been hitting the headlines for many of the right reasons lately and after a blistering start seems to have fizzled out in the same vein as a number of other wannabe contenders. So, why is this so, what’s wrong with Google+?

Human beings as creatures are not known for being receptive to change and so why would anyone want to switch from a perfectly good network that is extremely adaptable. Think of the uproar that came with Facebook changes, now imagine how hard many people feel it would be to change a network, wait for friends to join and adapt to new features – most have said, ‘no thanks!’. 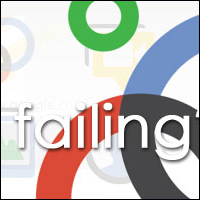 This great idea comes with one great flaw and once again it is one compounded by human nature. You invite someone who thought they would be a ‘friend’, and place them as an acquaintance. This of course is something with the potential to hurt feelings. Circles also involve thinking and people have to decide which group instead of just pressing ‘Add Friend’.

We’re all more familiar with ‘Like’ than ‘+1’ and so people are more inclined to appreciate it. There’s also been a lack of marketing about Google+, we’ve not really seen the adverts for it, that we see for Chrome and many less tech orientated people know nothing of its value aside from it being an alternative. Perhaps an advertising campaign and tutorials on how to work groups and other areas, such as +1 on the home page would be a good idea. This might aid the flagging social media site.

Facebook is intuitive and got us hooked. This has meant that the time on site rates on Facebook have been far higher than that of Google+. Some people estimate people with both spend three times as long on Facebook as Google+ and so it is a far more popular social network. In these scenarios success, breeds success and this means that the more friends and people who interact through one medium the more people will join. This means more people to talk to online, which means a longer time spent online. This is an ideal opportunity for social marketers and allows them to profit far more from Facebook than from Google+ and means more money for Facebook and so more improvements and better marketing by Mark Zuckerberg and Facebook as they’ve more money and so on.

Google+ is certainly not dead, though it is flagging miserably and some suggest 60 per cent drops in traffic on peak. Such problems are hard, but not impossible to fix – however, time will tell.