How to Overcome a Social Media PR Disaster

We’re all familiar with the PR disasters from large companies in the past. Those PR who think it’s a good idea to tweet after a natural disaster about how low their prices are, or the odd irate Facebook message from a company executive, or even an email for personal use sent to an entire company. So, what do you do if you make a mess up with your social media marketing?

There are generally five sorts of such PR disasters; the inappropriate opinion, the insensitive statement, the early release, the false reward and the hack. 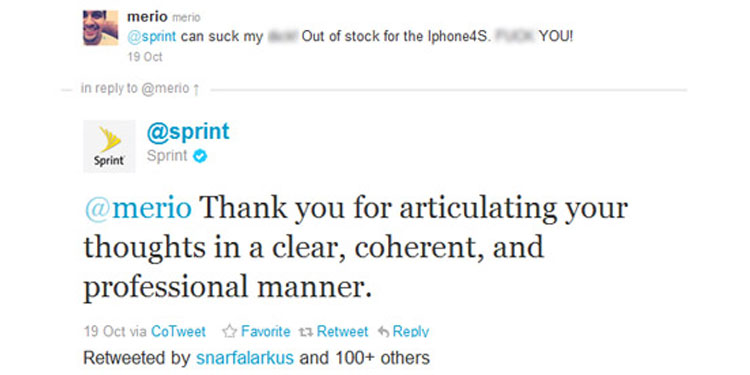 The best way to deal with any of these is just like with any mistake in life. Be fast with dealing with it, be honest and try not to take yourself too seriously. The speed of the web means an hour or two can be an eternity, so deal with it as rapidly as it was written. Always come clean and admit you were wrong. Pandering can lead to more irritation for people and time wasted. Listen to your social media audience, be humble and give them the resolution they want and deserve.

If you have suffered a disaster the best way to begin to recover is slowly. When it does happen, lean back on people who will give a positive slant on your brand or about your company. This is a case of preparation and you will be grateful to have built up brand ambassadors when something such as a PR slip comes about.

Take the Edge Off

Turning a Tweet around and taking the edge off it and preventing a PR disaster is all about disarming it. One of the best ways to do this is to take a deep breath have a quick and calm think and then use humour to try and clear things.

One example of this was this Red Cross Tweet “Ryan found two more 4 bottle packs of Dogfish Head’s Midas touch beer…. when we drink we do it right #gettngslizzerd”. This could have caused panic, however the follow up disarmed it through humour, the next tweet was, ‘ the Red Cross is sober and we’ve confiscated the keys.’

The Red Cross even managed to turn this into an opportunity by after Dogfish Head jumped on the hashtag, fans were asked b the Red Cross to donate under a link on the ‘#gettngslizzerd’ hash tag.

Listen to the Audience

This is a fine example of not taking yourself too seriously, listening to your audience and using humour to get the best from a bad situation.

Clearly, there are far more serious disasters, such as Chevrolet, Tweeting that no one in its hometown of Detroit could drive. Another hard to deal with one we’re the Sony batteries, which burst into flames on numerous laptops and caused a recall of 4.1m machines. And, who could forget Toyota’s recall due to sticking accelerator pedals last year – no amount of humour can help. However, for the errand Tweet, the above can really make a difference.

Here is a fine humorous example of how Sprint responded to a customer @merio who was not very pleased with their services. 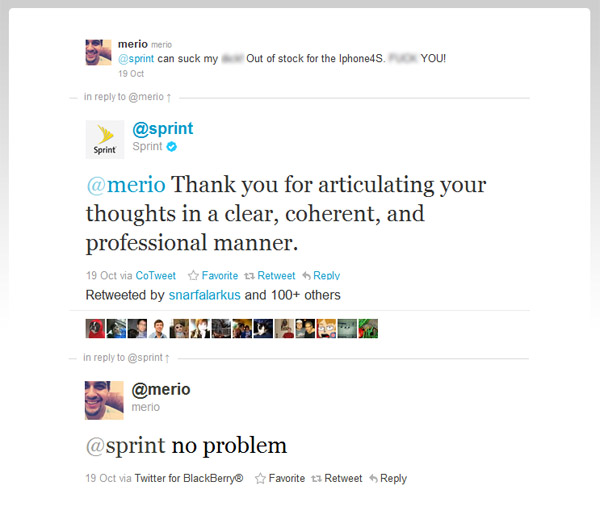 Have you ever came across such a situation yourself? Share your interesting stories with social media marketing mess ups in the comments section.