Months after the beta site made its online debut, Lady Gaga’s new website LittleMonsters.com is now up and running, which is good news for fans who have been waiting with bated breath to sign up. Some might see “internet mogul” as a natural next step for the pop star and entrepreneur, who is already something of a social media dynamo with a reputation for reaching out to engage with her extremely passionate and loyal fanbase. Having amassed 26.8 million Twitter followers and 52.5 million Facebook over the last few years, Gaga now has a ready-made bank of potential users at her fingertips. 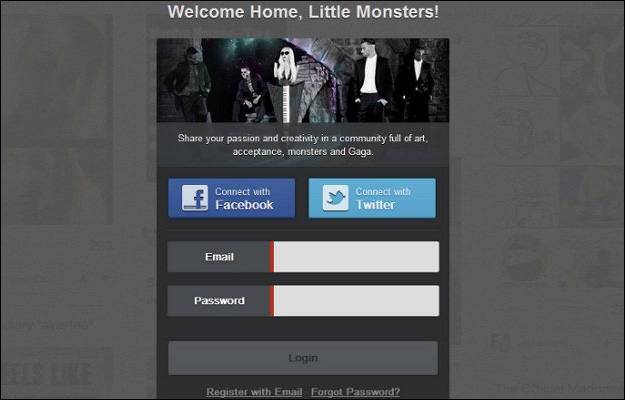 LittleMonsters.com should not be seen as a threat to current social media leaders Facebook and Twitter; its model is based more around uniting users through shared interests than it is around building social graphs. If anything, the community has been designed to complement existing social networks – existing site members are even asked to sign in using their Facebook or Twitter accounts. Backplane CEO Matt Michelson, the site’s co-creator, was keen to stress that LittleMonsters.com is “not a product meant to destroy or compete with Facebook.  It’s a very different purpose.”

The layout of the site is primarily visual-based, and users are invited to upload content such as fan art and concert videos to personalised pages, with the most popular images making it to the homepage and Lady Gaga liking and reposting her favourite pieces to her own profile. LittleMonsters.com borrows heavily from current trendsetter Pinterest in terms of visuals, while its voting functionality seems to be inspired by Reddit. Features which heavily echo Facebook include notifications, event pages and the LittleMonsters.com email address given to each user upon signing up. There are also shades of JK Rowling’s Pottermore venture in the initial sign-up model, as newcomers are asked to submit their email address and then await a membership code. 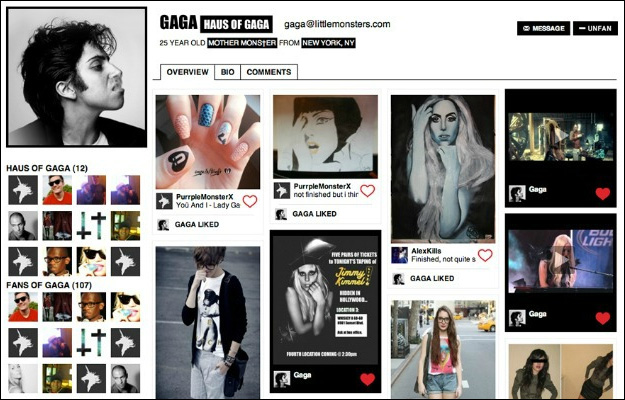 What makes it different?

So what USP sets Little Monsters apart from the Facebooks, Pinterests and Reddits that are already out there? One interesting feature is its multilingual chat function, which aims to bring fans together from across the globe, regardless of language barriers.That aside, LittleMonsters.com appears to be little more than a Frankenstein’s monster of a website, cobbled together from the various body parts of other social networks. One for the hardcore fans, certainly, but its fanatic, focused nature makes a broader appeal very unlikely.

LittleMonsters.com is the brainchild of Gaga’s manager Troy Carter, former Google designer Joey Primiani and former Palantir director of operations Alex Moore. The site was built and powered by Backplane, a social media startup which aims to refine its model and roll out a series of new “social corridors” for television producer Simon Fuller and huge brands such as Nike over the next year. Following the recent launch of Louise Mensch’s politics-focused network Mensch.com, it is possible that we are seeing the first stages of a boom in targeted, interest-based social networks.

My Social Agency is a digital marketing agency based in the UK with teams in Leeds & London. Get in touch today to discuss your next big social media campaign with us.