Pinterest-style Sites – the Best of the Pimitators

Pinterest is still social media’s blue-eyed boy, with brands all over the place figuring out how they can use the service for social media marketing and business social media campaigns.  And it’s big – Pinterest recently overtook the gargantuan Twitter in terms of referral traffic stats.

As with anything popular, there are going to be imitators either trying to bring some of the magic to their own service, or trying to address what’s seen as a flaw in the original. I’m going to have a look at a few of the Pinterest imitators and spin offs.

New to the world of app development, Friendsheet is a Facebook app that makes your Facebook photos look like Pinterest. What’s interesting here is that Pinterest’s scrapbook-style layout, format and navigation is obviously becoming rather popular and indeed looks to become a standard in image sharing and cataloguing for social media. 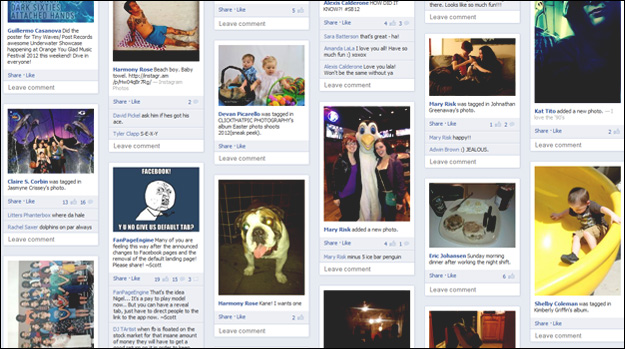 What was I saying the other week about Pinterest content being overwhelmingly women’s interest in style? Well there’s been a male backlash in the form of Manteresting, and like a newsagent shelf men’s magazine, is it full of fast cars and big boobs? Well, no… it really doesn’t look that different to Pinterest – there’s lots of fabulous décor and motivating quotes, and the women featured are more the fashion model type you see so much on the original Pinterest platform. There’s a more emphasis on team sport (as opposed to working out/yoga on Pinterest) and the slate grey background makes it a bit more manly too. Also going for the guy market, there’s Gentlemint, and again this seems to attract the more discerning gentleman who’s interested in whimsical design and nice recipes as opposed to the more base pleasures. 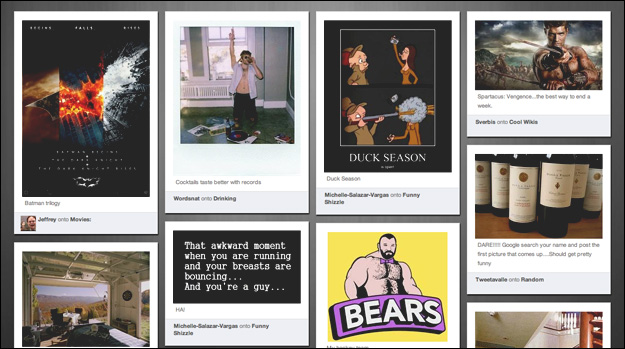 An almost too-perfect marriage, Pingram is described as a “mash-up” of Pinterest and the hipster-tastic iPhone app, Instagram. The functionality is nearly identical to Pinterest, and the look very similar. The difference is that it’s intended for sharing Instagram photos, rather than things found here and there on the web.

You can put videos on Pinterest, and indeed some brands are experimenting with using this for corporate web video, but it hasn’t really taken off. Chill is a site that focuses just on video, and it seems to work well to separate the two. My guess is that on Pinterest, users are simply too busy scrolling through images and getting instant gratification to stop and press play on a video.

So those are a few of the main contenders – and I really do mean a few. There are many,many other Pinterest-inspired sites out there, including Urbantag, Shopalog, Pinspire, Usabila; the list goes on. What’s for sure is that despite concerns in the blogosphere around legality and copyright issues, visual bookmarking and image sharing are the hot new phenomena in social media.

Interested in finding our how your business can make the most of Pinterest? Hire My Social Agency for social media marketing.