Reasons to Start Caring About Your Klout Score

How influential are you, really? This is the question that Klout.com aims to answer; not in any real life sense of course, but rather in terms of the impact that your online brand has on others. Do people flock to Like, Retweet and Digg your content? Are you seen as an authority on any particular subject? If so, then your Klout score is probably quite a healthy one.

Klout exists more or less as a result of a desire for individuals and organisations to track the “ripple effect” they have on social media, beyond the visible comments.  Its measurements are divided into True Reach (the number of people you influence), Amplification (how much you influence them) and Network Impact (the influence of your network). Klout’s algorithms automatically detect and remove spammers and bots in order to give you as realistic a figure as possible.

To a newcomer, the “Klout score” concept may seem a novel one, albeit a little abstract in its application. How does one go on to use this information in an effective way? Surely, a Klout score is only of value once it becomes recognised as a valid barometer of influence. While it was announced back in late 2011 that over 100 million individuals now have Klout scores, it is unclear how many of these people are active Klout users. Still, a potential audience of even half thatmany people is enough to make one think that there might be some benefit to be reaped from this Klout business.

Of course, there are exceptions to every rule. The most famous instance in this case being the fuss caused last year when it was revealed that US President Barack Obama’s Klout score was lower than “lowly” technology pundit Robert Scoble. This was explained away by the Klout staff as an example of somebody’s “offline” (i.e. real life) influence outstripping their needs for online influence.

For those of us who aren’t the President of the United States, however, here are a few quick tips to help boost your Klout score. They may come in handy with the brand new “Match Up” feature, announced last month, which asks users to vote on who they think is most influential. 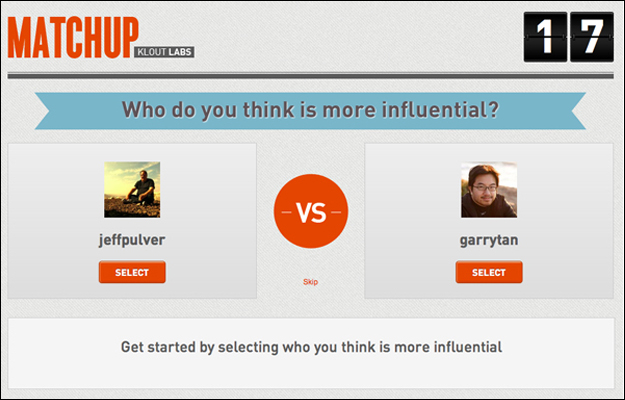 Get social. Mentioning or tagging other Facebook or Twitter users is an easy way to encourage interaction and build your engagement levels.

Be topical. Trending topics and hashtags on Twitter relate largely to flash-in-the-pan Internet memes or news stories from a particular day; jumping on the bandwagon and adding your two pennies worth will place you on a global platform with thousands (if not millions) of users reading what you have to say.

Quality over quantity. It can be tempting to tweet constantly and post new content a couple of times per day, but it is important that you don’t saturate your feed with junk. Be sure you are posting or linking to something that people will genuinely want to read about, and avoid tweeting for the sake of it.

My Social Agency is a modern digital marketing agency that specialises in Social Media Marketing, SEO, Application Development and Web Video Productions. Get in touch today for a quote.