Social Media and the 2012 Pulitzer Prize

This week, a precedent was set when the online news daily The Huffington Post won a Pulitzer Prize for David Wood’s 10 part essay series on veterans from the war in Iraq and Afghanistan, “Beyond The Battlefield”. It is the first time that a Pulitzer Prize has been awarded to journalism in an online-only medium. Prior to this, the only online newspaper to bag a Pulitzer was the non-profit site Politico, which published all content both digitally and in print. 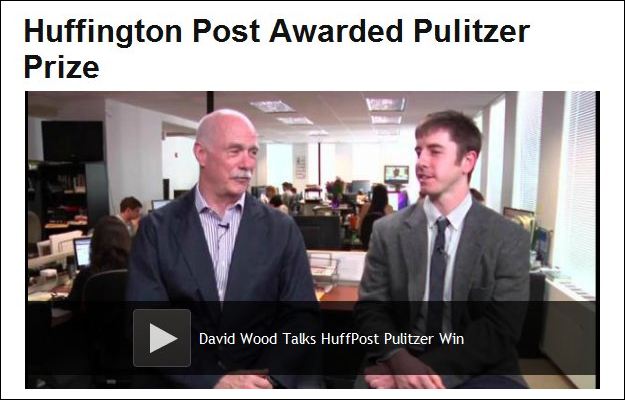 The prestigious win will no doubt act doubly as a boon to the Huffington Post and a blow to its detractors, who have railed against the site as nothing more than an AOL-owned “content farm” where readers can keep up with the Kardashians and the latest cat memes. After all, a critic might ask; if the Huffington Post accepts blogs from anybody, anywhere, anytime, and on any subject, where does one set the bar in terms of authority? Which begs a much bigger question in this era of blogs, RSS feeds and Twitter accounts: who “owns” the news?

The advent of 24 hour television channels has put real time news coverage on the rise in recent years, but social media is taking over traditional formats such as print, TV and radio. People can read articles from their newspaper of choice via a Facebook app which enables them to share their thoughts on the piece; interactivity is a must.

Twitter has become the most popular mode of news consumption in the last 18 months, with information about the London riots, the protests in Cairo and political unrest in Libya being spread instantaneously. These events weren’t being reported solely by journalists or foreign correspondents; they were being tweeted by ordinary people on the scene, as they happened. 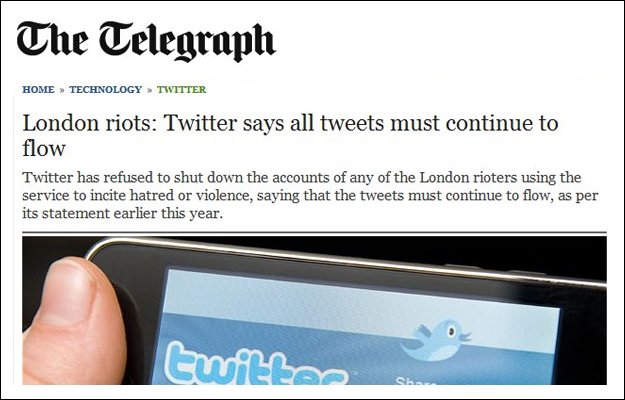 During the riots that swept Britain’s major cities last summer, the powers that be over at Twitter came under fire for refusing to shut down the accounts of individuals who were inciting violence, citing freedom of expressionas motivation. But it is worth mentioning that while looters were co-ordinating their movements via Twitter and BlackBerry Messenger, friends and neighbours were using those exact same means to ensure each other’s safety, warning of “trouble spots” and even capturing images of the rioters, enabling them to be apprehended in the weeks that followed.

Call it a digital revolution if you like. The door to the newsroom is no longer locked; world events (and coverage thereof) are no longer the property of Fox News or the BBC, they are in the hands of the people. Instantly, anybody with a blog or a smartphone is now essentially a reporter, capable of broadcasting their own opinions and experiences without fear of censorship. As a result, social media no longer plays a secondary role to print journalism in circulating information after the fact; it has become a vital factor in shaping the events themselves.

Has social media replaced traditional media as your primary source of news? Tell us in the comments what you think of the digital revolution.