Social Media and the Summer Blockbusters

June is upon us, which can only mean one thing:  Hollywood is about to make some serious money. Sure, we’ve already had the bombastic geekfest Avengers Assemble and young adult golden goose The Hunger Games, but now that summer is well and truly underway, the blockbuster season can begin in earnest. And thanks to social media, we the people are doing the lion’s share of the marketing on behalf of the film studios, as we Like, tweet and comment on trailers and images online.

The rise of Facebook, Twitter, and newer visual platforms like Pinterest have made the promotion of large studio pictures much more interactive. If you go to the official Facebook page of fairy tale adventure Snow White And The Huntsman, out this week, you will find two games: the first is Snow White’s Kingdom, a Facebook app, and the second is a downloadable smartphone game where you, playing as either Snow White or the Huntsman, must escape a dangerous forest. 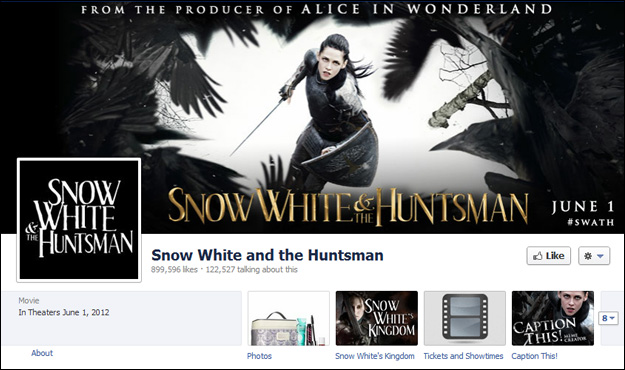 Perhaps you feel you’re a little too old for fairy tales. Is sci-fi more your bag? If that is the case, you might have noticed Michael Fassbender making the rounds online in the last couple of months, playing an artificial intelligence named David. The clip, purportedly made by Weyland Industries, is in fact a viral video for Prometheus, Ridley Scott’s new epic thriller. The web presence of Prometheus goes beyond a Facebook and Twitter page, however, with an entire website dedicated to the fictional corporation which will send Fassbender into space alongside CharlizeTheron and NoomiRapace.

Another, much more family-friendly film which is making imaginative use of the Internet and social media is the latest instalment in the Madagascar franchise. Dreamworks has recently announced a joint venture with Zynga, the app developer behind Draw Something, which will see Madagascar characters such as Alex the lion and Marty the zebra being offered as clues in the Draw Something game.

Kid-friendly fare is clearly big business, and Disney and Pixar seem to be focusing their efforts on younger social media users with the campaign for their latest feature, Brave. Kids who can’t wait to see the upcoming film, which is the first Pixar production to feature a young girl as its protagonist, can kill time on the “Discover Brave” Facebook app. 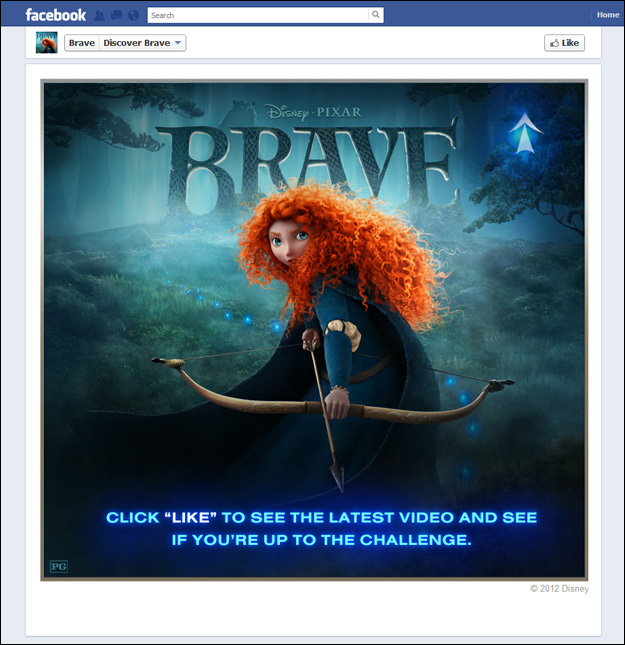 Men In Black 3, starring Will Smith and Tommy Lee Jones, is also making the most of Facebook, with two official pages: one for the film, and one for the online game, which can be played on iOS just like Snow White And The Huntsman.

The aim is, of course, to cultivate anticipation. Social media campaigns can launch months ahead of a film’s premiere and go beyond the subliminal, generating buzz and occupying us with videos, competitions and games. Because, while we might not yet be able to see the film itself, that doesn’t mean they want us to stop thinking about it!