The Year in Social – Social Media

Social Media’s prominence really took the limelight in 2011 and all of the major companies, along with some new ones will have a story to tell in the last 12 months. 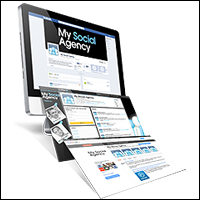 Having been embroiled in numerous privacy battles, Facebook also changed its layout a number of times. The most obvious of these was at the end of the year with the coming of Timelines and a number of other changes. Facebook added integration with a number of prominent media sources and also became a place for all in one contact with the outside world, making it more than merely a social media network. Its growth increased to over the 800m mark, making it the largest network on earth. So, though it got some flak, Facebook also has quite a good year in most respects.

Of course the largest story in the social media world, outside that of Facebook was the arrival of Google’s social media network Google +. Hailed as a Facebook beater and a pure rival for the dominance of Zuckerberg et al; Google+ started out of the blocks well with its privacy phase. Here, only those invited could join. However, it suffered a blow when made open to the public and subscription figures staggered. The coming of privacy features such as Google Circles and others were just taken and changed around by Facebook. Current estimates suggest it has around 62m subscribers.

Twitter was a huge success in 2011. Associated with beginning the Arab Spring, the Fall of Gaddafi in Libya and increased transparency throughout the world and in news, it has been hailed a revelation by many. In Britain, its central position in the injunction scandal showed the power of viral news and how things will never be the same again. In 2011, Twitter seemed to be the real top dog, what will 2011 bring?

Though, not exactly a social network, Klout scores have seen themselves grow to a serious level of importance in 2011. Many cried, many smiled and many lay in desperation in the foetal position as the Klout scoring system was changed late on in the year to take into account Google+ and various other metrics causing downed scores. Its prominence is set to increase in 2012, with social media marketing and media professionals pushing for Bieberesque scores as close to 100 as possible.

The increasing importance of web video video is seen in YouTube and its further integration into all social media sites. The video site even got a new layout and a bit of a shine. Its centrality to the world of social media and we expect viral video is set to become even more important in 2012.

Other changes in the social media layout also occurred. The likes of Diaspora tried to capitalise on Facebook’s privacy problems and others set up video, social media and Twitter like sites, showing that the best form of flattery is imitation. Expect 2012 to wield even bigger and better things for Social Media.