The obligatory Timeline has been here for a little while now, with some business having voluntarily jumped on the bandwagon at the end of February. So what sort of effect is it having on Facebook pages. Well, it all really depends on how well it’s been implemented according to reports. 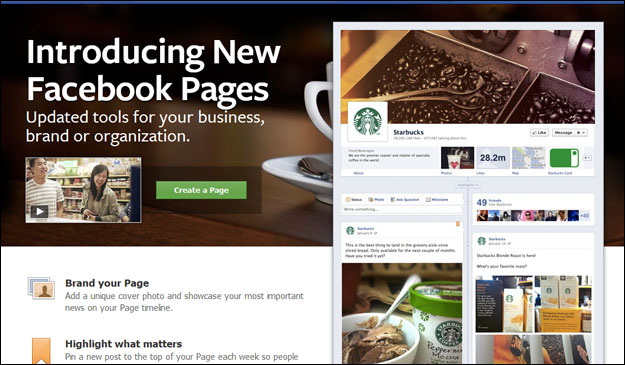 So far the Timeline has seen a mixed response as regards its effects on companies Timeline pages. Some of the companies to be most effect by the changes are those who have failed to prepare for Timeline changes and have ended up with cluttered looking pages, that offer little, or no benefit.

On the other hand, those who have prepared in advance and have taken some thought and consideration into how their new corporate page looks seem to be doing well according to responses. Companies in niche markets are claiming to be especially doing well, mainly due to the fact they have prepared for the change in advance. Companies such as Hood Jeans have created attractive well thought out, niche sites that have blossomed since the arrival of the new pages.

Statistics seem to indicate that smaller brands get more of a boost than any others. For these companies of under 1m followers, which constitutes 85% of Facebook brands Likes per Brand Post have increased by 60%, Comments per Brand Post increased by 40 percent and PTAT spiked by 67%.

The added visual aspect of the site means it works well for such pages and with an eye for detail, as well as some taste, there are numerous positive benefits to have.

The new layout also has an increased level of engagement, with web video engagement particularly increasing in popularity. This is probably due to the new layout of images, which is more conducive to photos being seen and also tagged. This has also seen an increase in the number of shares and really means people should push towards these mediums if they wish to engage people. According to Wildfire Interactive early adopters of the new pages have seen double digit increases in terms of engagement, in metrics such as Likes, comments and People talking about This.

Of course, this increase is always seen as a consequence in direct terms for Google+, however, this is not necessarily the case. Google+ is the world’s first social search site and has deeper links than Facebook into the world’s biggest search engine.

Google+ increases visibility of your search and allows you to see relevant content from friends and others relevant to you via Google+.

Not only this but it also has the benefit of +1 feeds right back into your site, which can have a significant effect on search engine optimisation and means Google+ should not be thrown by the side like an old rag doll. In fact, it should be embraced more-so as it is of significant importance for SEO means.

Understanding these changes and knowing how to incorporate them will ensure that the effect of the Timeline is nothing but positive on your pages.

Looking for a social media marketing agency to redesign your new timeline page? Hire My Social Agency for digital marketing.