Studying somebody’s reputation on social media is an interesting and incredibly up-to-date method of gaging public opinion. When a new story breaks, thousands of people instantaneously post their reactions, which means the line between flavour of the month and its bitter after-taste has never been finer. Below is a round-up of the most lauded (and reviled) individuals on Twitter this week.

Since becoming the first US President in history to publicly announce his support for gay marriage last Wednesday, Barack Obama has seen a surge in popularity and support on Twitter. The technology news site Mashable.com and social media analytics company Topsywere able to display a huge rise in the president’s “sentiment score”, which went from negative figures to 8 over the course of one day. Bear in mind, a generally positive reception usually measures around 2 or 3.

Not long after the televised interview in which Obama made the announcement, his official Twitter account tweeted: “Same-sex couples should be able to get married.” There is a website, RetweetingObama.com, dedicated to showing the exact number of times the message has been retweeted; 61,737 at the time of writing. 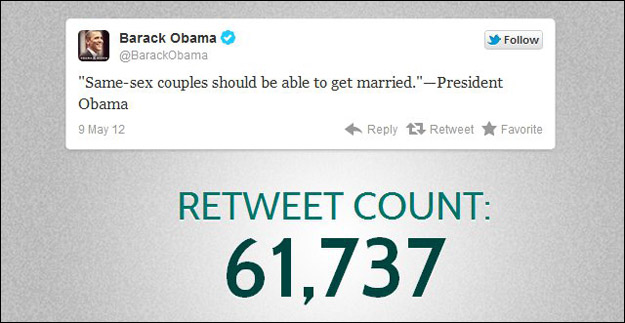 The Leveson Inquiry into the ethics and conduct of the press has been a hot topic on Twitter ever since it began several months ago. Celebrities including JK Rowling, Sienna Miller and Charlotte Church have all testified to harassment and violations of privacy by the tabloids. But it was the phone-hacking scandal that truly caused public outrage, and one woman has borne the brunt of it: Rebekah Brooks. 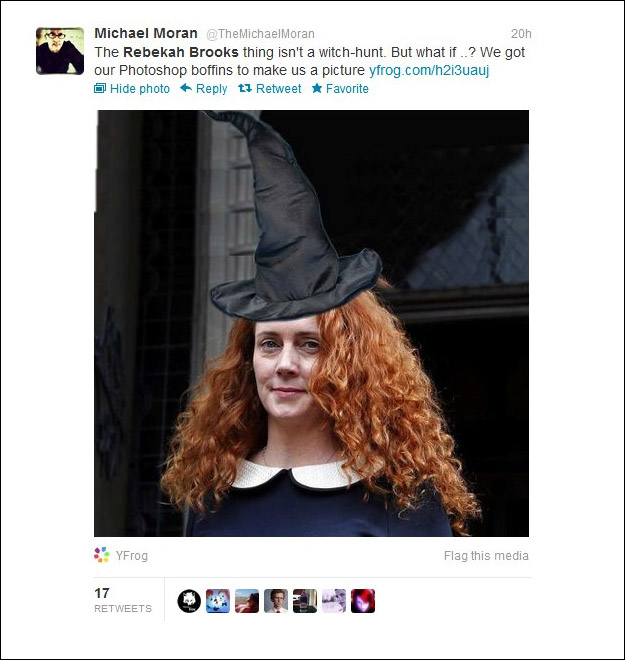 Once arguably the most powerful woman in Britain, commanding News International and exchanging affectionate text messages with the Prime Minister, Brooks is currently being charged with three counts of conspiracy to pervert the course of justice alongside her husband and four others. Twitter provided a looking glass as always, with several individuals expressing mirth at Brooks’s claim of unfair treatment. The consensus seems to be that, after years of selling her version of the truth to the public, the public are now getting their own back.

The Queens Park Rangers captain has always had a love hate relationship with the micro-blogging site, but he is unlikely to gain any supporters with his latest expletive filled rant following a red card for violent conduct on the field. It also won’t help that Barton has turned against Twitter favourite Gary Lineker, with several Twitter users jumping to the latter’s defence. With FA chief Gordon Taylor calling this the end of Barton’s career, perhaps now is a good time for the midfielder to pick up a copy of How To Make Friends And Influence People.

Following a dramatic (and quite probably staged) episode last week in which Spencer Matthews seduced Louise Thompson, the girlfriend of his best friend Jamie Laing, the pair began to receive death threats via Twitter. And they’re not the only ones; fellow cast member Gabriella Ellis has also admitted to The Sun this week that she has been sent  death threats from Twitter “trolls”, and blames editors of the show for portraying her in a less than sympathetic light.

My Social Agency is a digital marketing agency specialising in Social Media Marketing, App Development, SEO and Web Video Production. Get in touch today to learn more about our services.