It has been popping up more and more over recent months. A growing number of profiles now feature the tell-tale banner photo and jumble of status updates, although the change-phobic among us may have avoided it until now. But Facebook’s newest innovation, Timeline, is here to stay – and it doesn’t look like we’ll be getting much of a say in the matter. 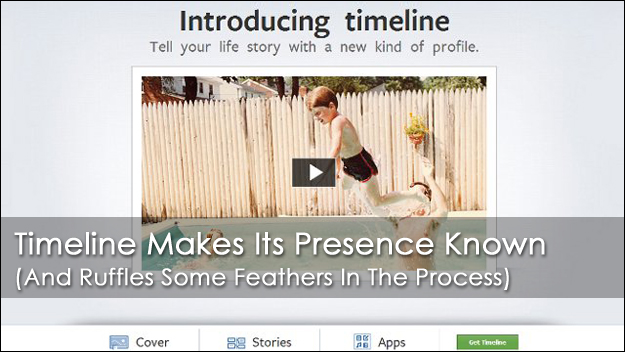 In the next couple of weeks, all personal profiles on Facebook, along with every business and non-profit organisation brand page, will be altered to include Timeline. Users will first be made aware of a week long period in which they can moderate the specific content that they want to be visible or keep hidden, although it has been made clear that even if individuals choose to ignore this window, their pages will undergo the compulsory changes regardless.

This week, the Montreal Gazette reported that some companies who had already made the transition to Timeline on their business page have experienced a backlash. Stephen Terrell, of The Lifeline Program in Atlanta, claimed that the changes to the appearance of their Facebook page are “creating a communication problem between us and our client base”. Indeed, it would appear that the only thing people like less than Timeline is bad skin: type “how to get rid of” into Google, and Timeline is the second item to appear below spots.

Of course you could argue that change is rarely welcomed, and Timeline is simply the latest bump in the social media road, causing an uproar which will soon be forgotten. And there are certainly perks to be found in the new format, if you are willing to look. Big brands like Ford, Dr Pepper and Ben & Jerry’s (not to mention 8 million other companies) have embraced the opportunity to strengthen their business social media campaigns using the inherently visual appeal that Timeline offers.

The oversized photo that has become the signature of profiles with Timeline has proven to be both a popular feature and a potential area of weakness.  While it allows for a more striking design, it also takes up at least half of the screen. And as any web designer worth their salt will tell you, strong graphics are only a benefit if they don’t compromise your actual content. The larger a header, the further your valuable information is pushed downwards and off-screen. 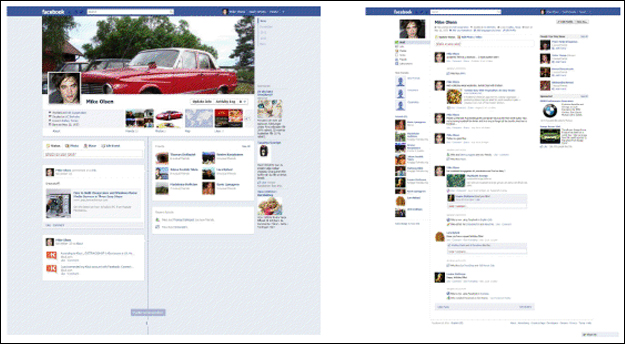 For instance, previously one of the first things a viewer would see on a Facebook page would be the most recent status update, link or photo posted. A decent corporate social media page is dynamic, with new content being continuously published. But now, even though browsers automatically pan down an inch when loading Timeline pages, visitors are still unable to see even the most recent of posts without scrolling down. On a company website, this might lead to a higher bounce rate – on Facebook, the end result remains to be seen.

Need help redesigning Timeline for your social media business campaign? Get in touch with My Social Agency today!