What happened to Kony 2012, where did the web storm disappear to? Having taken the web like a tornado, Kony now seems like a long forgotten dream. In fact Kony related topics only received 74,000 Twitter mentions on the night of action, which was April the 20th, if you don’t remember – this figure was half that it received 10 days after it hit the ground sprinting. 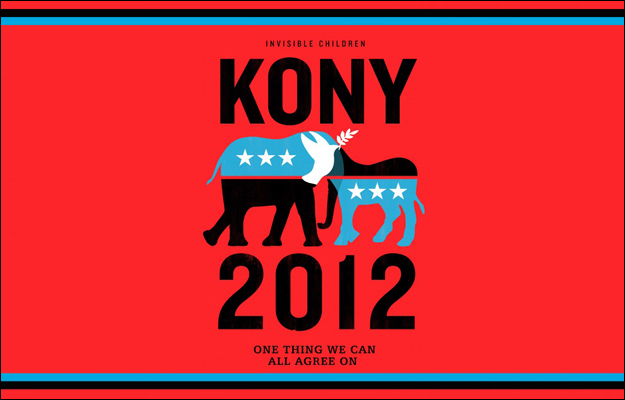 In fact, looking at charts of the popularity of the online showing on Twitter it seems it pretty much tanked at the end of March and Start of April, with a brief spike on the night in question.

The two biggest days of Tweets and mentions for the Kony campaign were the 5th and 6th of the month – the days after the arrest of Jason Russell – who began the viral video campaign – 6m and 4m respectively. This cumulated into a total of 12m mentions for Kony in March, with just half a million for most of the month of April.

The video goes as far as to show the way a campaign can fall from grace if not followed up with more interesting content. As they say, a week is a long time in politics, and in the Kony campaign’s case this seems to be true. Running one video and hoping to generate a buzz for a date over 6 weeks later looks like a bad idea. Follow up engagement is something that really lacked and seems to have hurt the campaign.

Of course, there are other factors to be taken into account. The video was sidelined by some of the media, who put forward all sorts of questionable acts by Russell. It didn’t help the fact he was arrested and in such atrociously terrible circumstances. There were also questions raised about where the money that was raised for the charity was going to – always a problem with charity drives in an increasingly cynical world.

In fact, the figures seems to be a direct graph showing the sheer shock and awe of the war criminal to a reflection of decline due to cynicism, once people became dubious. It can be very hard to keep an ascending star on the up when popularity kicks in. There seem to be just as many people hoping to shoot down something on the rise as help it. Kony spoke to all our ideals, but its fragility meant one tiny bit of doubt and we were out.

It also seems that as a rule, most content on the internet has a negative air to it, which of course would have also impacted on the popularity of the video.

So, it seems what happened to Kony 2012 was that is was a victim of its own success, the media and Jason Russells bizarre stunts. Will we ever see it’s like again? More than likely.

Thinking of going viral for your next social media campaign? Get in touch with My Social Agency’s viral video production team.