For online marketers Twitter is an amazing tool and can really allow you and your business to branch out and create some great relationships. However, there’s much on Twitter that can also be done to do the opposite.

As you’ve probably seen on some of our Social Media Fails posts, there are many fine illustrations of poor public relations tweets. However, aside from the blatantly obvious and overtly stupid, what should you avoid on Twitter? 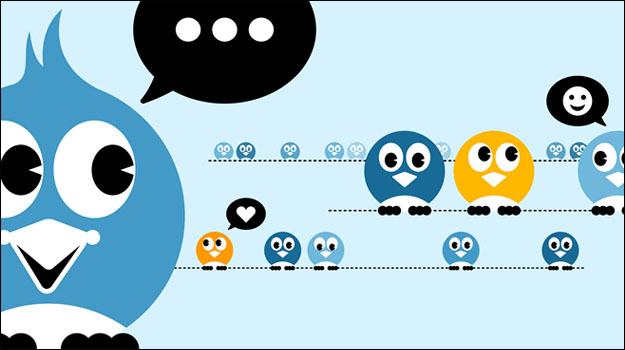 There are an every growing number of disgruntled people who use social media to vent and channel hatred from other areas of their life into people’s honest social media marketing attempts. Trolls often rear their little virtual heads to post controversial and irrelevant topics on your Twitter, Facebook or other social media accounts.

Unfortunately, these people never listened to their mothers, who said ‘if you can’t say anything nice; don’t say anything at all’. However, you should listen to yours and not drop to their level. Don’t reply back, because even though you may have the best intentions, they don’t and can land you in a tit for tat battle in full view of clients and potential customers – not in any way ideal.

Having thousands of followers is great but unfortunately, having thousands of followers from a Twitter machine is another thing. Just like in real life, it’s about building relationships and not paying for them. If you have 100,000 friends and they all come from these dubious methods, then you have no hope as none of these people give a care in the world about you or your company.

Another pet hate of many Twitter users is the generic direct message. This is a sure fire way to instantly annoy people. If you want to say thanks, then be sincere and do so, if you don’t, well don’t and suffer the consequences, however don’t send a spam direct mail.

Build relationships with smart and insightful comments as you would do in a face to face situation and then exchange your information if you feel the need to get in touch more personally with the person.

The amount of people who comment inappropriately on the web is growing every day, or so it seems. Don’t leave inappropriate comments on the web or you’ll end up raising the chance of looking like a fool. Commenting on how much you hate your work on a Twitter account connected to your work is just stupid. Try and be savvy and portray yourself on social media as the person for the job you want to be in. As they say, you should dress for the position you aspire to, nowadays we’d say, tweet for the position you aspire to.

Need help with your next big social media campaign on Facebook and Twitter? Hire My Social Agency for social media marketing and management. Get in touch to learn more.